Home Physics Torque or Moment of a Force 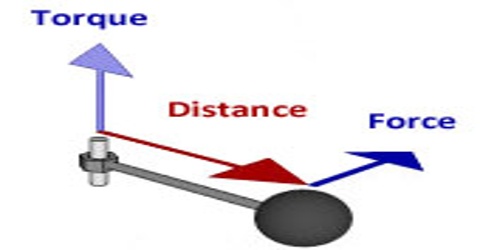 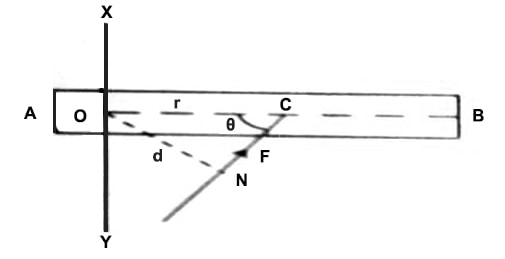 Explanation: Let us consider a thin sheet AB fixed in horizontal position in such a way that it can rotate about point 0 and about the perpendicular axis XOY [Figure]. If the sheet is rotated by applying a force at any point, say C, it is observed that,

or, Torque or Moment of Force = Force x Perpendicular distance.

In vector form τ can be expressed as, τ = r x F 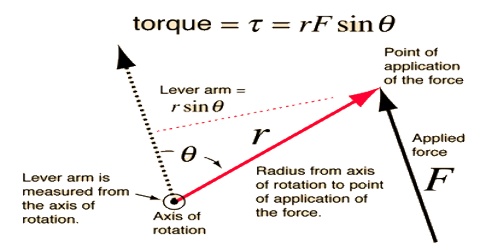 According to the equation, τ can be defined as:

Definition: For an object moving about an axis, the cross-product of the position vector of the point where the force is applied and the force is called torque.

Unit of torque or moment of a force: S.I. unit of τ is Newton-metre (N-m).