Home Other Cultural Differences of the World 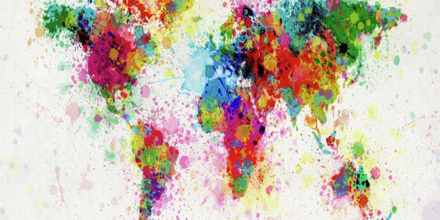 Culture means the beliefs, behavior, language, music and morality of a society as well as its ways of working and playing. Studying important patterns of an entire society is the way learns about the culture of a group. (iii) Differences in the way of life between individuals, classes, societies and countries are referred to as cultural differences. According to Latin American culture, people should stand 12 to 18 inches apart measured from nose to nose if they want to talk to one another. Standing very close to each other during a conversation is inappropriate in British society. One can learn well about the culture of a society by studying the important patterns of that society. The Arabs get too close during a conversation; while the British or the American consider it inappropriate and this is the way how they differ from the Arabians as in terms of the culture of conversation. In British and American society, getting so close during a conversation is considered inappropriate. We can find out the traits of a person by studying his/her repeated actions.

The elements of culture are the ideas of behaving language, music, ideas about what are good or bad, ways of working and the tools and other objects made and used by the society. Differences between individual and individuals, class and class, society and society, country and country and referred to as cultural differences. British and American people maintain a moderate distance while talking. To stand more than 18 inches away from each other while talking is considered to be unfriendly to the Latin American. The Arabs stand so close to each other that they can feel the others breathe during conversation.