Home Other A Powerful Nation 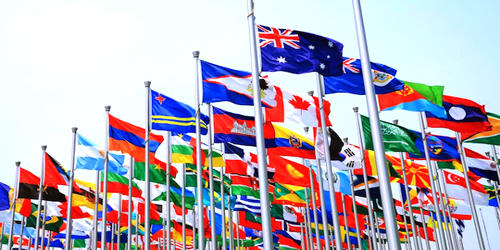 A nation means a group of people who have their own (land, government) independence and sovereignty. A powerful nation means a large group of people who enjoy all kinds of (opportunities) especially congenial for man. The ability of a nation to use power depends upon different factors but no single factor is entirely responsible for the growth of national power. The world’s most powerful countries also are the ones that consistently dominate news headlines, preoccupy policymakers, and shape global economic patterns.

The powerful nation enjoys the franchise’s equitable share of national property, national opportunity the freedom of speech, etc. Moreover, the mere existence of various elements does not make a nation powerful.  Unity, brotherhood, integration, humanity, and much other qualitative behaviors of man exist in a powerful nation. A powerful nation can easily influence the poor, helpless, and distressing nation in many ways. Their foreign policies and military budgets are tracked religiously. When they make a pledge, at least some in the international community trust they will keep it. It is the ability to skillfully harness and use these factors that leads to national power.

Different Classification of Elements of Power:

Natural resources remain a crucial element of a nation’s power. They have crucial significance for the economic as well as the military power of a nation. Deposits of oil in the Arab States remain the most crucial element of their power in international relations. Likewise, the self-sufficiency of the United States in respect of key materials has contributed to its industrial and military strength.

The population plays a crucial role in the power of a country. As Mussolini observed “Let us be frank with ourselves. The obvious advantages of the population are that it can provide a basis for military power, help build a sound and progressive economy through the labor force, it can be a source of other material and psychological advantages. However, a large population by itself is no guarantee for a nation’s power. An illiterate population without the knowledge of modern methods is a poor base of power.

The level of economic development and the effective economic organization has remained a factor of pivotal importance for a nation’s power. This has become more pronounced than ever. On the one hand it supplements military power, on the other hand, it provide basis for welfare and prosperity of the people.

Like other elements of power, the political structure also serves as an element of power. Moreover, it acquires crucial importance in view of its being an agency for steering and coordination.

Mammoth Bone Pendant May Be Oldest Jewelry of Its Kind