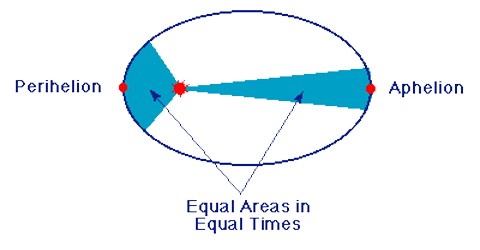 First law: In vacuum all the freely falling bodies starting from rest traverse equal distance at equal interval of time.

Third law: Starting from rest, distance traversed by a freely falling body is proportional to the square of the time to fall.

Law of ellipse: The orbit of each planet is an ellipse which has the sun at one of its foci.

Law of area: Each planet moves in such a way that the imaginary lute joining it to the sun sweeps equal are in equal times.

Law of time: The square of the period of resolution at any planet around the sun is proportional to the cube of its mean distance from the Sun.

How to Launch an Artificial Satellite in the Space?