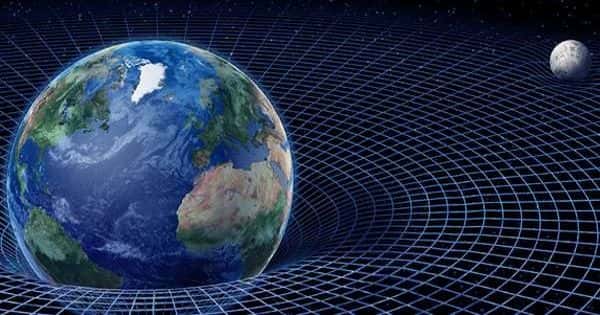 The smallest known gravitational field has now been measured by scientists at the University of Vienna. According to Nature, researchers measured the gravitational pull of two gold spheres about 2 millimeters (0.079 inches) in diameter and 90 milligrams in mass (0.003 ounces). This outstanding work has widened humanity’s understanding of gravity.

For years, Einstein’s general theory of relativity and Newton’s universal law of gravitation have been put through increasingly rigorous tests. These tests have included astronomical observations as well as laboratory experiments. Because of the need to compensate for gravity’s inherent weakness, the masses that provide the gravitational field in the latter are typically large objects weighing several kilograms or more.

Newton’s interpretation of gravity is still applicable in many situations. Einstein’s work pushed the envelope even further, and it has been proven correct in explaining this force in the most extreme environments, such as those found around black holes or merging neutron stars. But what physicists haven’t managed to do yet is combine gravity with quantum mechanics.

Researchers have measured the gravitational pull of two gold spheres about 2 millimeters (0.079 inches) in diameter with a mass of around 90 milligrams (0.003 ounces). This phenomenal work has opened a new window in humanity’s understanding of gravity.

A possible solution could be found by studying the gravity of very small objects – but this is easier said than done. Previous experiments primarily measured gravitational interactions between large masses, such as the Earth, and tiny masses. This is the first instance of measuring the gravitational field between two objects with very small masses.

“Searching for the gravitational field of small masses is quite interesting because we don’t actually know how and if the laws of gravitation hold for them,” co-author Hans Hepach told IFLScience.

The researchers explained that it is currently unknown if and where gravity behaves differently, though theoretical work suggests that values around the Planck mass (22 micrograms, or the mass of a flea egg) should already show some deviation from standard gravity laws. This research is not yet probing such small masses, but the researchers joke that “you have to start somewhere.”

“If theories like dark matter and dark energy have some truth to them, then the regular laws [of gravity] as we know them would have to be modified at some level and at least at very short distances,” senior author Professor Markus Aspelmeyer told IFLScience.

This important milestone in studying gravity could not have been possible without an incredible experimental setup. Gravity is very weak – we experience it as a strong force because the Earth is huge compared to us. However, in absolute terms, it is over a trillion trillion trillion times weaker than the electromagnetic force.

As a result, measuring this tiny attraction between small things necessitates dealing with numerous sources of experimental noise. These range from electrostatic forces to seismic tremors, with standing too close to the experiment having an effect. The experiment also picked up on the effect of runners participating in the Vienna marathon, according to the researchers.

It was difficult to overcome these obstacles, but the team is already on the lookout for new ones. “We are already working on our next measurement, in which we will reduce the mass by a factor of 1,000,” co-author Jeremias Pfaff told IFLScience.

This will necessitate a better understanding of how environmental influences affect the experimental setup in order to accurately isolate the effects of gravity.

Screening out noise is a significant challenge in such experiments. Aspelmeyer and colleagues accomplished this by putting the balance in a vacuum to reduce acoustic and thermal interference, as well as grounding the source mass and putting a Faraday shield between it and the test mass to reduce electromagnetic interactions. Furthermore, they primarily collected data at night to reduce ambient sources of gravity. This is significant because the source mass’s gravitational attraction is equivalent to the pull of a person standing 2.5 m away from the experiment or a Vienna tram 50 m away.