The process, by which a cell divides directly producing two daughter cells without following any intermediate stages like mitosis or meiosis, is called amitosis. 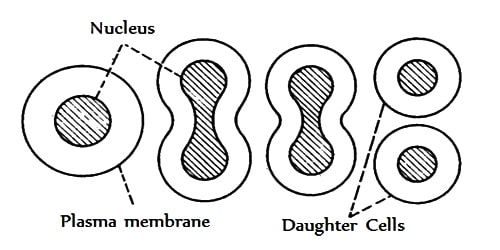