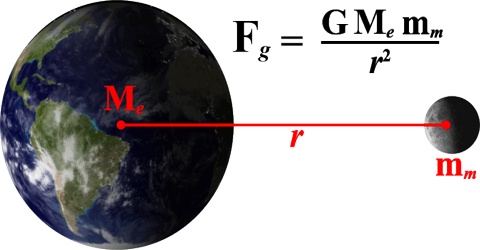 The law of gravitation discovered in 1687 by the famous scientist Sir Isaac Newton by observing the fall of an apple and movement of planet and satellite is stated below: 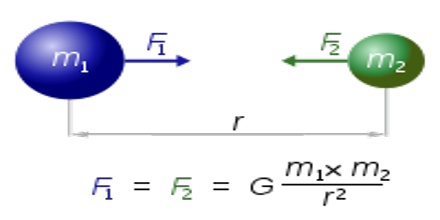 Explanation: Let two particles of masses m1 and m2 be separated by a distance d [Figure] and let the force between them be F. Then according to Newton’s law of gravitation,

Newton’s gravitational constant is extremely small when expressed in terms of laboratory sized objects: the gravitational force between two 1 kg objects separated by 1 m is only 6.67 x 10-11 Newtons.

Experiment: Determination of Moment of Inertia of a Fly Wheel