Home Physics What is Alpha Particle?

Alpha particle is a Helium nucleus. There are two protons and two neutrons in its nucleus. The penetrating power of alpha particle is less; it cannot pass through 6 cm thick air. These particles are influenced by both the magnetic and electric field. These particles can create intense ionization and are very harmful and dangerous. The mass of this particle is four times than that of the Hydrogen atom and its charge is 3.2 x 10-19 C. Its presence can be detected by photographic films, cloud chamber and gold leaf electroscope. 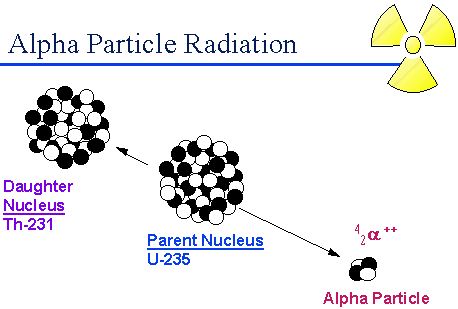