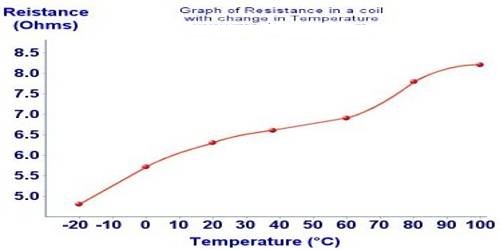 Effect of Temperature on resistance

The resistance of a conductor depends on temperature. Change of resistance with the change of temperature is expressed by the temperature coefficient of resistance. Now we will see what is the reason his thus heat generation. Due to the flow of current in an electric circuit heat is produced which can be explained by electron theory. In a conductor, there are many free electrons. When potential differences are applied between the terminals of a conductor-free electrons move through the intermolecular spaces and are engaged in contains with atoms and molecules. As a result, resistance is produced in the conductor. When temperature increases more thermal energy is acquired by the atoms and molecules and their vibration increases. Consequently, collisions with free electrons are increased. Resistance also increases with it. As a result, the conductor becomes hot. 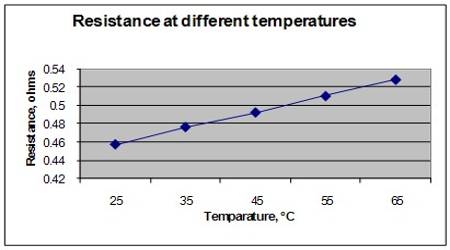 Here, α = constant. It is called the temperature coefficient of resistance.