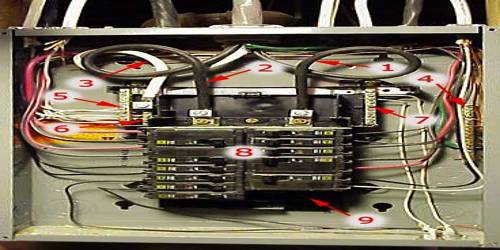 At balance, the unknown resistance

R = R0 + 1 (ohm) are the resistance in the rheostat arm, for which the deflection in the galvanometer is in opposite direction, then it implies that the unknown resistance ‘s’ lies between R0 & (R0 + 1) ohm. 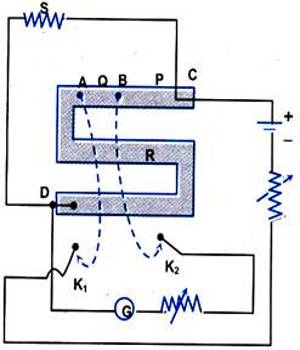 Now, the resistance in P and Q are made 100 W and 1000 W, respectively, and the process is repeated. Equation (1) is used to compute S. The ratio P/Q is progressively made 1:10, and then 1:100. Thus, resistance S can be accurately measured.

It was used by the engineers in the UK to determine where a break occurred in the cable. A typical post office box is in a wooden box with a hinged lid and a metal or bakelite panel showing circuit connections. Coils of wire are wound non-inductively, mounted in the body of the box, and have a negligible temperature coefficient. Pairs of ratio arms are each 10, 100, 1000 ohms. A resistance arm contains a number of coils from 1 to 5000 ohms with a plug for infinite resistance.

Equivalent Resistance and its Uses in Circuit