Home Geology Passage of Solar Radiation through the Atmosphere 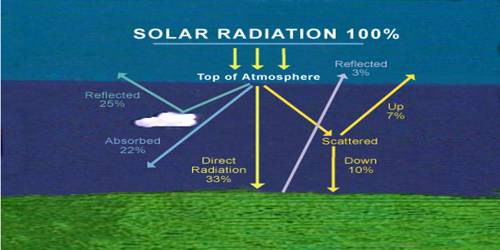 Passage of Solar Radiation through the Atmosphere 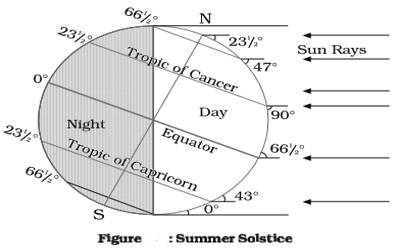 Very small-suspended particles in the troposphere scatter visible spectrum both to space and towards the earth surface. This process adds color to the sky. The red color of the rising and the setting sun and the blue color of the sky are the results of scattering of light within the atmosphere. Some of this incoming radiation is reflected off clouds, some are absorbed by the atmosphere, and some passes through to the Earth’s surface.

Spatial Distribution of Insolation at the Earth’s Surface