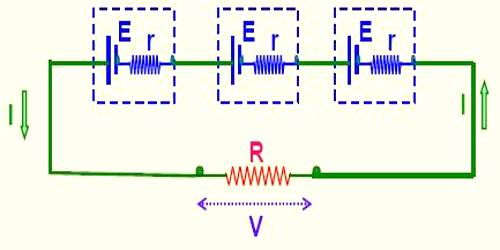 According to Ohm’s law, current flowing in the circuit

So, in order to create a current of large value cells are connected in such a way as R becomes very large compared to ‘nr’.

In this situation, the efficiency of the battery does not increase.