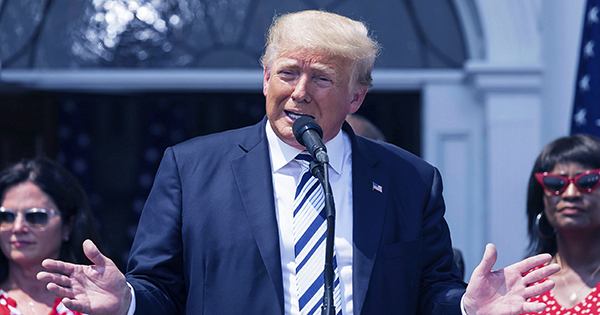 The funny trio lawsuit against Trump’s social media platforms that he believes he mistakenly banned managed to get him to jump media attention to the former president, but perhaps that’s where the story ends. During Trump’s presidency, new lawsuits, such as those undertaken under Section 230 of the Communications Code of Conduct, and ultimately zero search, have been associated with resentment and outrage with little legal content.

The lawsuits allege that Twitter, Facebook and YouTube violated Trump’s First Amendment rights by booting from their platforms, but the First Amendment is not a private industry – intended to protect citizens from censorship by the government. The embarrassment that Trump himself was the top figure in the federal government at the time will probably not go unnoticed in the case. In a lawsuit filed by Twitter and Facebook CEOs Jack Dorsey and Mark Zuckerberg, as well as Google CEO Sundar Pichai (Susan Wozniacki has escaped notice again!), Trump has accused the three companies of engaging in “unnecessary censorship as a result of threatening legal action, “A misleading reliance on Section 230 of the Communications Decent Act, and deliberate participation in joint activities with federal actors.”

The lawsuit claims that the technology companies were “Democrat lawmakers,” the CDC, and Dr. Anthony Fawcett, who served under Trump’s own government. The argument is that communication between technology companies, members of Congress, and the federal government somehow transforms Facebook, Twitter, and YouTube into “state actors” – a leap in epic proportions:

Defendant Twitter’s position thus exceeds that of a state actor rather than a private entity and, as such, is bound by the First Amendment right of independent speech in making decisions regarding defensive censorship. Trump’s own Supreme Court appointee, Brett Cavanho, issued a court opinion in a related case two years ago. It examines whether any nonprofit public access television channels in New York have qualified as “state actors” may be subject to First Amendment restrictions.

The court ruled that operating public access channels did not transform the nonprofit into a government entity and retained the right of a private entity to make editorial decisions.

Sonarsource Raises $412M to Scan Codebases For Bugs and Vulnerabilities