Home Physics What is Gamma Ray? 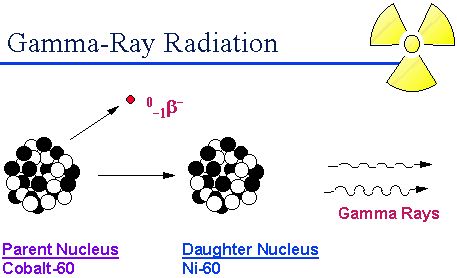 Gamma Ray are charge neutral. This is an electromagnetic wave. It is of short wavelength. It has no mass. It is not deflected by electric and magnetic field. Its speed is same to that of light, which means 3 x 108 ms-1. Its penetrating power is very high. It can pass through a lead sheet having a few centimeter thickness. Gamma rays are electromagnetic radiation, like X-rays. The other two types of natural radioactivity are alpha and beta radiation, which are in the form of particles.

Gamma ray are the most energetic form of electromagnetic radiation, with a very short wavelength of less than one-tenth of a nanometer. Though its ionizing power is less, it can produce fluorescence. Its presence can be identified by photographic film, cloud chamber and Geiger—Miiller counter.

What is Lightning Conductor or Lightning Arrester?

What is Parallel Circuit?