When two waves of nearly equal frequencies traveling in a medium along the same direction superimpose upon each other, beats are produced. The amptitude of the resultant sound at a point rises and falls regularly. 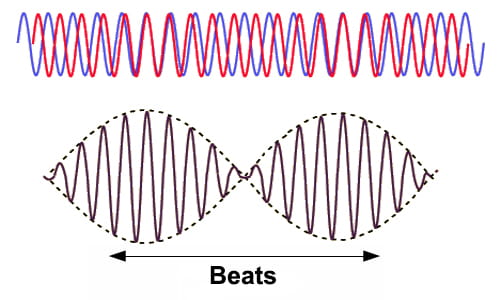 The phenomenon of waxing and waning of sound due to the interference of two sound waves of nearly equal frequencies are called beats. The number of beats produced per second is called beat frequency, which is equal to the difference in frequencies of two waves.