Home Physics Observation: How the death of a star will happen? 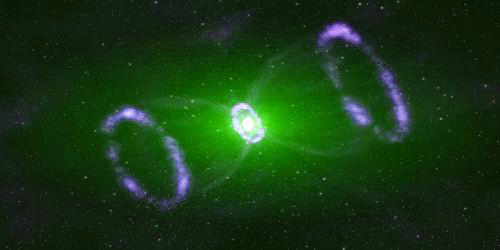 Observe how a red giant star transforms into the black hole. Stars die because they use up all of the fuel that allows a star to undergo fusion, which is why a star is so flipping hot. Look at the figure below which demonstrate the way of contraction of diameter.

The smallest star is 10 million times smaller than the biggest star. If the mass of a star is equal to the mass of the sun, what will be the diameters of different stars? 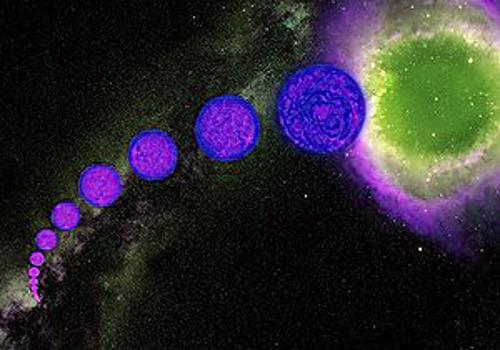 So, the death cycle of a star can occur in several steps. These steps depend on the mass just before the commencement of the death cycle. The mass of the main sequence is not being considered as during this period it can lose its mass through the transformation into a red giant, or in the supernova or by forming Nebula planets. The steps are:

(2) The stars whose masses are greater than 1.4 Mo (Mo is the mass of the sun) but within 3 Mo, they will be transformed into Neutron stars.

(3) The stars whose masses are greater than 3 Mo, they will be transformed into black holes. The masses of the stars mentioned above might have larger main-sequence masses. Then before the onset of the death cycle, their masses may be reduced or lost through different processes. If any star cannot reduce or lose its main sequence mass and if the mass during the onset of the death cycle is greater than 1.4 Mo, then it will never be able to become a white dwarf. This limit of the mass of 1.4 Mo is called the Chandrasekhar limit. Before Chandrasekhar astronomers thought that all stars would end their life cycle as white dwarfs. But famous Indian astronomer Chandrasekhar by a mathematical model showed that the stars whose masses were larger than Mo would not end as a white dwarf.