Home Physics Principal matter and events of the Universe 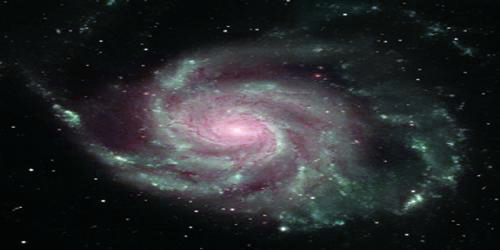 Surrounding our earth there is an infinite sky. This infinite sky is called the universe. According to scientists all the bodies and energy floating all over the space is called the universe. There is no start or end of the universe. There are innumerable numbers of burning lumps of gases. Examples –sun, stars, planet, satellites, comets etc. These are called luminaries. These are revolving in their own orbits at a fixed speed in a disciplined manner. Nowadays besides moon, sun, stars, planets, comets, pulsars, black dwarf, black holes, white dwarf, neutron stars, black holes etc are also called luminaries. Combination of all these constitutes the universe. Stars are burning lumps of gases. They have their own light and heat. Constantly new stars are being created. When old stars become cold and are extinguished, an enormous amount of dust, gases etc. are thrown into the universe. Later on, new stars are created from these elements.

When viewed from the earth all these stars appear to be in the same plane of the universe. Since their distances are extremely large from the earth, hence they appear like this. The sun is the nearest star of the earth. The distance between the sun and the earth is about 150 million kilometers. Time taken by the sun rays to reach the earth is 8 minutes and 19 seconds. Other stars are so distant away that their distances are measured in the unit of the light year. In this universe, there are different materials and all the time different events are occurring. These are discussed below.

Due to the influence of the gravitational force contraction of gaseous particles takes place and consequently, galaxies are created. Inside the galaxies temperatures of the condensed hydrogen and helium atoms and molecules continue to increase due to the gravitational contraction of the gaseous particles and due to the increase of friction between them. As a result, the nuclear fusion reaction takes place and an enormous amount of energy is released. In this way stars and the sun become illuminated.

(b) Lepton particles and,

(c) Hadron particles: Those fundamental particles which can participate in strong nuclear interactions are called hadrons. Hadron particles consist of two types: viz.- (1) Meson and (2) Baryon. The spin of Meson is zero: but the spin of Baryon is not zero.

God’s particles: A theoretical force field called 1-ligg’s Boson field is distributed all over the universe. When a massless particle enters into this field, it slowly acquires mass. As a result, its motion gets slowed down. Through this field, mass is converted into a particle. That means Higg’s field cannot generate mass, can only transfer that to the particles through Higgs-Bosons. These Higg’s-Bosons are known as God’s particles.