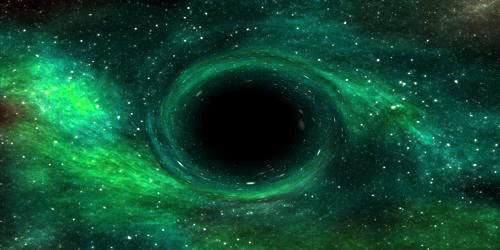 Astronomers have shown by a mathematical model that when the mass of the star, just before the commencement of death, greater than about 3 Mo the contraction inside the star will continue due to gravitational force and no known force in nature can stop it. The star reaches white dwarf density, but degenerate electrons cannot support weight and the collapse continues. When the density reaches neutron star density, the degenerate neutrons cannot support the weight and collapse goes on. Collapsing in this way it quickly becomes smaller than an electron. No one knows anything that can stop it from reaching zero radius and infinite density. Whether the object becomes a point or not, but its force of attraction will increase so much that nothing around it will be able to escape. The escape velocity nearby is so large that no light can escape. We can receive no information about the object nor the region of space near it and we refer to the region as a black hole. The boundary of this region is called the event horizon. A black hole is a place in space where gravity pulls so much that even light cannot get out. The gravity is so strong because the matter has been squeezed into a tiny space. This can happen when a star is dying.

In 1916, Karl Schwarzschild applying Einstein’s theory of general relativity derived the equation for the radius RS of the event horizon of the black hole as,

RS = 2GM/c2, here M is the mass of the object, c the velocity of light and G gravitational constant.

According to his name, this radius is called the Schwarzschild radius. It is also called a critical radius. This radius depends only on the mass of the object. For an object having 5 Mo mass will have the radius of the black body about 15 km. That means within 15 km radius nothing will be visible and nothing will come out of it, not even light. But the existence of the black body will be experienced. If our present sun through contraction attains 3 km radius, then it will appear to us invisible. But its gravitational influence will in. As the earth rotates around the sun, then also it will continue to rotate. “Seeing is believing” – this phrase will not be applicable then. But the sun will not be a black hole since its mass is much less. 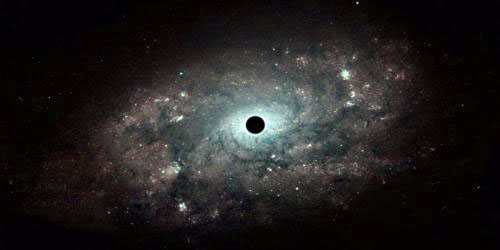 In 1974, famous British Scientist Steven Hawking theoretically showed that the black hole can be a source of emission of particles. Many scientists think that those materials which fall inside the black hole appear in other places of the universe or in other universes. Many have predicted them as a source of energy. So, the black hole has undoubtedly opened up many avenues both for future theoretical and experimental research.