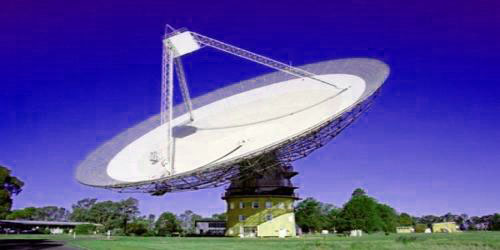 The radio telescope is a type of directional radio antenna which is used in radio astronomy. It is an instrument used to detect radio emissions from the sky, whether from natural celestial objects or from artificial satellites. Similar types of antennas are used for collecting data from satellites and in the research of the universe. In case of using astronomical purpose, radio telescopes are different from optical telescope as radio telescope uses a radio frequency of the electromagnetic spectrum. To avoid interference with electromagnetic waves emitted from radio, television and radar radio telescopes are placed at a long distance from a human locality.

Radio spectra occupy a large range of electromagnetic spectra (3 kHz – 300 GHz). It means that the antennas, used in radio telescope, are different in their design, size, and distribution. To study and analyze the radio waves emitted from stars, quasars, and other astrophysical objects radio telescopes are used. Radio telescopes can also form the image of the above objects. 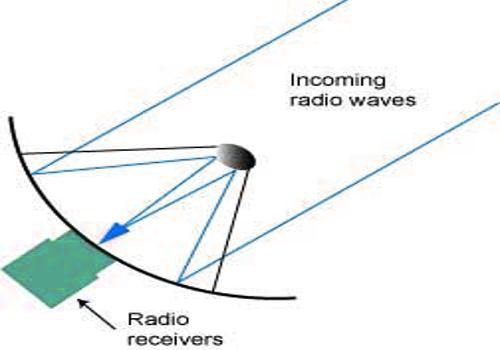 The fundamental working principle of this instrument is similar to reflecting telescope used in visible wavelength. Incident waves, whether it is radio wave or visible, are reflected on a fine mirror and meet at a general converging point. In this case characteristics of the wavelengths of the reflecting and incident wave are significant. The shape of the reflecting surface is to be such that radio waves after reflecting from there can meet with the same phase at the converging point. This condition can easily be met if the reflecting surface is made parabolic. For this reason, reflecting surface i.e., size of the dishes of the recent radio telescopes are made parabolic. Besides, vision i.e., observation width is made 1 mm to 30 m wavelengths. This is because that for larger wavelength than 30m there occurs an absorption in the ionosphere and less than 1 mm absorption occurs by water, carbon dioxide and ozone of the atmosphere. 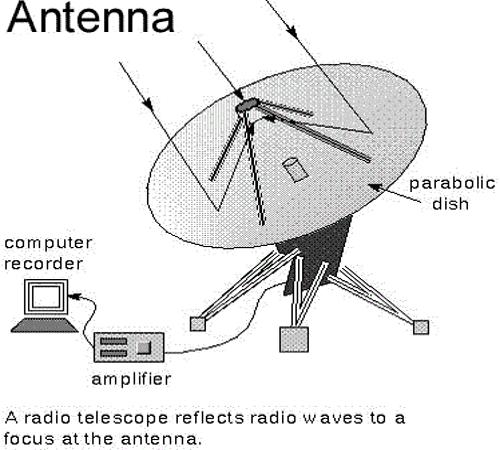