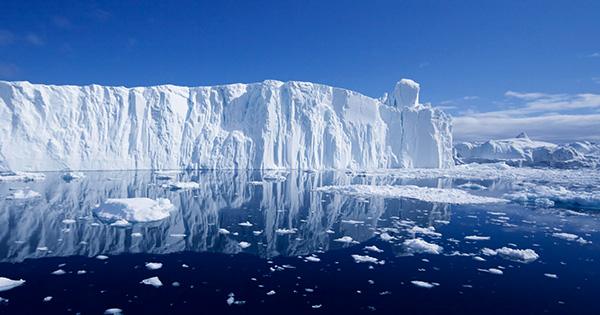 Winter 2021 sea ice reached its maximum on March 21 after increasing during the autumn and winter. And space observations show that things are not looking good. The amount is the seventh lowest on record, paired with 2007 and the lowest since 2018, which was second on the list. Sea ice was about 14.77 million square kilometers (5.70 million square miles). This is 880,000 square kilometers (340,000 square miles) less than the limit between 1981 and 2010.

This is a region larger than Florida and Texas, or one and a half times the area of ​​France. The lowest winter trend of all time was in 2017 when it reached 14.41 million square kilometers (5.56 million square miles). This dramatic loss of ice cover over the Arctic Ocean is a direct result of anthropogenic global warming. Seven out of ten of the lowest winter periods have occurred in the last decade. All ten occurred in the twenty-first century. The lowest four were from 2015 to 2018.

Cycles of natural variability affect the amount of ice in both summer and winter. The Arctic oscillation, a pattern of inconsistencies related to sea-level pressure, is one of these cycles. However, the present and combined natural phenomena cannot explain what is happening in the northernmost region of our planet. This huge environmental change is upon us. Satellite observations have been tracking changes in ocean ice since 1978. Since then, Arctic ice has been declining in all months and in virtually all regions of the Arctic Circle.

The decline of Arctic sea ice is undeniable; the rate of decline is getting worse in this century. The amount of summer, since 2002, was consistently much smaller than the minimum long-term average. Consider that by last October, Laptev, an important region of the Siberian coast, had failed to freeze for the first time in marine history. This area is considered a sea ice nursery, so this event will have big consequences. Last summer was the second-largest amount of sea ice. Summer snowfall is important as the Arctic continues to lose many years of ice. Most of the winter ice is brand new ice that has just been created. This makes the entire ice cap even thinner, and many researchers believe that the Arctic will be ice-free in the summer of 2030 and 2050. Current observations were made by the Japanese space agency using their “SHIZUKU” (Global Change Observation Mission 1st Water) satellite, and a team from NASA at the Goddard Space Flight Center to analyze and visualize the extent of sea ice.