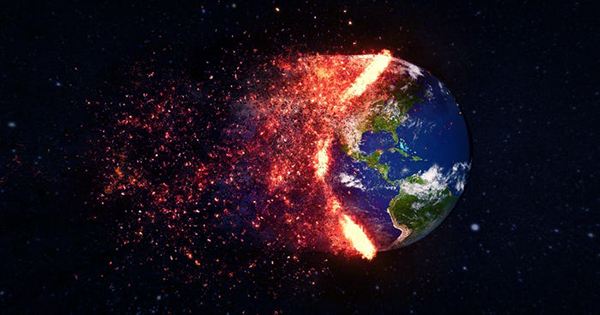 The World Meteorological Organization (WMO) has released an updated assessment of global climate trends and those who believe that human-inspired climate change is an issue for the distant future predicts that the Paris climate agreement will avoid a pre-industrial average of 1.5 years later. There is a 40 percent chance that C will exceed the temperature.

There is ample evidence that rising temperatures are already causing local damage to many ecosystems, but the 1.5 degree center above baseline has been assessed as a place where the danger becomes global. Climate forecasts are part of the WMO’s Global Annual to Decade Climate Update, which looks at what the 2020s have for us.

Looking at the period 2021-2025, the report gives a 90% chance of a year which will be the warmest on record which exceeds the current record holder, 2016. Annual temperatures experience cyclical fluctuations based on El Niño/ La Niña oscillations as well as other more subtle variations.

For all the disasters it brought with 2020, its second half saw the Pacific Ocean at the level of La Nina, which is related to lower global temperatures. Nevertheless, 2020 still operates as the third year in a row on record, 1.2ºC above the pre-record level. And once El Niño occurs, the annual record will almost certainly be broken, perhaps with a 1.5 degree centigrade barrier. Even future colder years are expected to be 1 degree centigrade from the baseline. WMO Secretary-General Professor Petteri Taalas said in a statement, “These are more than just statistics.”

“Rising temperatures mean more melting ice, higher sea levels, more heatwaves and other extreme weather and more impacts on food security, health, the environment and sustainable development.” Average temperatures may feel abstract, but the assessment predicts an increase in Atlantic tropical cyclones compared to the previous 5-year period. The forecast was put together before the tropical storm was launched, which looks like another severe hurricane season before the official start of the season.

The WMO has forecast higher rainfall on the coast of Africa, where it may be welcome, and at higher latitudes, it probably won’t. Meanwhile, southwestern North America, already beset by an epic drought, is likely to dry up. The 40 percent chance of surpassing 1.5ºC doubled in the same report last year. Most of the differences are the result of an improved sense of understanding exactly what the pre-natural level temperature was.