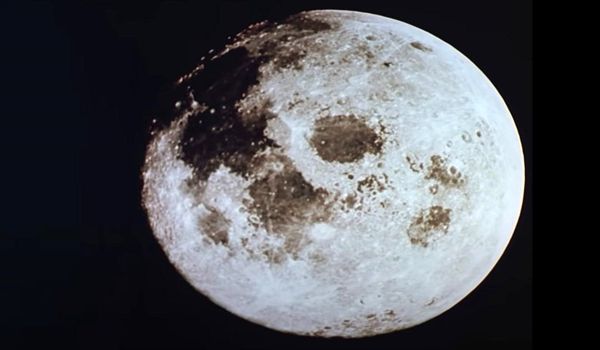 Titan and Enceladus may not be Saturn’s only ocean-filled moons. Mimas, the ring planet’s death-star-shaped moon, could likewise be concealing an interior ocean beneath a covering of ice and rock. Researchers were attempting to establish that Mimas was nothing more than an inactive frozen rock when they made the probable finding. Mimas is the smallest spherical object in the solar system, as well as the innermost of Saturn’s major moons. The Cassini probe got close enough to investigate the little world and detect its libration – a wobble in the way the Moon rotates during its orbit – near the end of the mission.

This measurement, which was first recorded in 2014, has sparked conjecture of an ocean, but the lack of a broken surface like that seen on Enceladus or Jupiter’s moon Europa has thrown astronomers. After then, other suggestions were made. Mimas now contains both an uncracked thick surface and a deep underground ocean, according to research published in the journal Icarus. In a statement, lead author Dr. Alyssa Rhoden, a specialist in the geophysics of ice satellites at the Southwest Research Institute, said, “If Mimas has an ocean; it constitutes a new class of small,’ stealth’ ocean worlds with surfaces that do not reveal the ocean’s existence.”

The model is because the moon’s interior is kept warm by tidal processes. However, it must struggle with two facts: tidal heating must be large enough to keep the ocean liquid while also being tiny enough to protect the surface from being broken. The team discovered that a thick shell of 24–31 kilometers (14–20 miles) could exist over a liquid ocean by plugging in figures that are realistic for a world like Mimas.

“Most of the time, we have to fine-tune these models to get what we observe,” Rhoden explained. “This time, the most realistic ice shell stability scenarios and observed librations just sprang out as evidence for an internal ocean.” The heat transfer from the surface is connected to the thickness of the ice shell, which is an important result of the model. A spaceship examining an icy moon may make a measurement like this.

They will be able to make such measurements when Juno swings by Europa in September, or when future missions to Europa and Ganymede arrive within the next decade. This could provide more circumstantial evidence of a sea on Mimas. Although we will not know for sure until we return there.

“While our findings support the existence of a present-day ocean within Mimas,” Rhoden stated, “it is difficult to reconcile the moon’s orbital and geologic properties with our current knowledge of its thermal-orbital development.” “Determining Mimas’ status as an ocean moon would provide a starting point for models of its formation and evolution.” This would aid our understanding of Saturn’s rings and mid-sized moons, as well as the presence of possibly habitable ocean moons on Uranus. “Mimas is a tempting target for further research.”