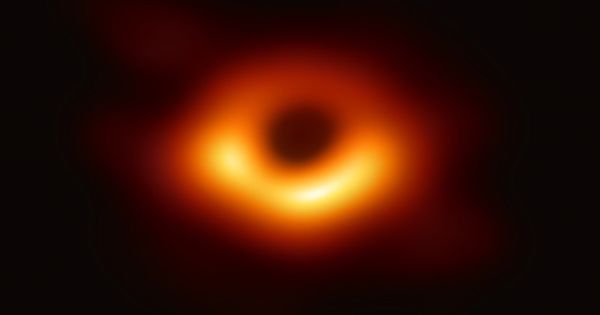 Though black holes are most likely abundant in the universe, they are notoriously difficult to detect. Scientists did not capture the first radio image of a black hole until 2019, and only about four dozen black hole mergers have been detected since the first detection in 2015 via their signature gravitational ripples.

That isn’t a lot of information to work with. As a result, scientists are turning to black hole simulations to gain critical insight that will aid in the discovery of additional mergers with future missions. Some of these simulations, developed by scientists such as astrophysicist Scott Noble, are designed to track supermassive black hole binary systems. That is where two monster black holes, similar to those found in galaxies’ centers, orbit closely around each other until they eventually merge.

The simulations, which were created by computers working through sets of equations that were too complex to solve by hand, show how matter interacts in merger environments. Scientists can use what they learn about black hole mergers to identify some distinguishing features that allow them to differentiate black hole mergers from stellar events. Astronomers can then look for these telltale signs to identify real-world black hole mergers.

Astronomers continue to develop computer simulations to help future observatories better home in on black holes, the most elusive inhabitants of the universe.

“We’ve been relying on light to see what’s out there,” Noble explained. “However, because not everything emits light, the only way to directly’see’ two black holes is through the gravitational waves they produce. Gravitational waves and light from surrounding gas are two distinct ways of learning about the system, and it is hoped that they will collide at some point.”

The Laser Interferometer Space Antenna (LISA) mission can also benefit from binary black hole simulations. This space-based gravitational wave observatory, led by the European Space Agency and funded in part by NASA, is scheduled to launch in 2034. Scientists could detect binary black hole systems before LISA flies if simulations determine what electromagnetic characteristics distinguish a binary black hole system from other events, according to Noble. These findings could then be confirmed by additional detections once LISA is launched.

This would allow scientists to confirm that LISA is functioning properly, observe systems for a longer period of time before merging, predict what will happen, and test those predictions.

“That’s something we’ve never done before,” Noble said. “Wow, that’s very exciting.” Noble explained that the simulations rely on code that describes how the density and pressure of plasma change in strong-gravity regions near a single black hole or neutron star. He changed the code to allow for the evolution of two black holes.

Noble is collaborating with Goddard and university partners such as Bernard Kelly at the University of Maryland, Manuela Campanelli at the Rochester Institute of Technology, and Julian Krolik at Johns Hopkins University.

To simulate real-world scenarios in which black holes accumulate accretion disks of gas, dust, and diffuse matter, scientists must add code to track how the ionized material interacts with magnetic fields.

“We’re trying to seamlessly and correctly glue together different codes and simulation methods to produce one coherent picture,” Kelly said.

In 2018, the team published in The Astrophysical Journal an analysis of a new simulation that fully incorporated the physical effects of Einstein’s general theory of relativity to show the effects of a merger on the environment around it. According to the simulation, the gas in binary black hole systems will glow primarily in ultraviolet and X-ray light.

The simulations also revealed that the accretion disks in these systems are not perfectly smooth. A dense clump forms around the binary, and whenever a black hole approaches, it pulls matter from the clump. This collision heats up the matter, producing a bright signal and an observable light fluctuation.

In addition to increasing their confidence in the simulations’ accuracy, Goddard astrophysicist Jeremy Schnittman believes they must be able to apply the same simulation code to a single black hole or binary and demonstrate the similarities and differences between the two systems.

“The simulation will tell us how the systems should look,” Schnittman explained. “LISA functions more like a radio antenna than an optical telescope.” We’ll hear something in the universe and get its general direction, but nothing specific. What we need to do is look in that area of the sky with other telescopes, and the simulations will tell us what to look for in order to find a merging black hole.

Kelly claims that LISA will be more sensitive to lower gravitational wave frequencies than the Laser Interferometer Gravitational-Wave Observatory, the current ground-based gravitational wave observer (LIGO). As a result, LISA will be able to detect smaller-mass binary systems much earlier, and will most likely detect merging systems in time to alert electromagnetic telescopes.

“We probably won’t find a binary black hole with a telescope until we simulate them to the point where we know exactly what we’re looking for, because they’re so far away, they’re so tiny, you’ll see just one speck of light,” said Schnittman. “We have to be able to find that smoking gun.”

A Petition to Keep Jeff Bezos from Returning to Earth has Reached 100,000 Signatures