Home Technology Internet Shutdowns are a Political Weapon. It is Time to Disarm 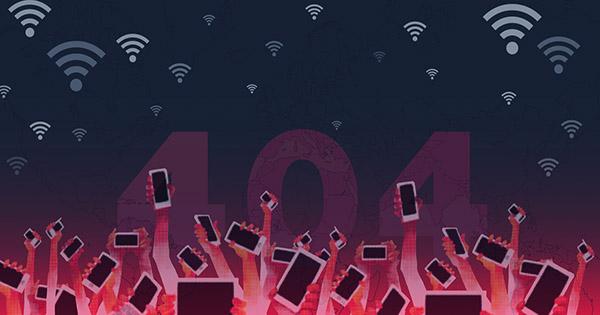 At least fifty times this year, authoritarian regimes from twenty-one nations have intentionally shut down internet connectivity, and the situation is only going to get worse. As elections loom in Venezuela and protests erupt in Cuba, governments are finding it easier to quell opposition by restricting internet freedoms — and are getting increasingly brazen in doing so. It is as simple as turning a switch to turn off the internet. In 2011, Egypt’s Hosni Mubarak used a similar technique, and 10 years later, Myanmar’s daily shutdowns lasted months, depriving hundreds of thousands of people of communication and decreasing the country’s GDP by 2.5 percent. Sudanese people have been facing internet outages this week due to a military takeover in the country. Most governments, on the other hand, are more nuanced.

In 2009, during the Green Movement, the Iranian government was among the first to ban websites. Others, like Tunisia, have restricted access to only a few websites in the wake of this year’s protests calling for greater accountability. Governments are increasingly using their influence over internet service providers to ‘throttle,’ or slow down, specific domains to the point where they are useless. For example, Russia recently censored Twitter for refusing to remove “objectionable” posts regarding opposition leader Alexei Navalny.

Governments have a variety of justifications for blocking internet access. During public demonstrations, officials sometimes cite national security or a fear of violence as justifications. However, as individuals spend more time online, governments’ capacity to limit internet access poses a serious danger to people’s safety, freedom, and well-being.

After all, the internet’s expansion as a worldwide, borderless network of networks has been a benefit to human liberty, giving new avenues for information discovery and organization. However, as more areas of our lives move online, the growing hostility to a genuinely global open internet from a surprising number of nations threatens to erode our liberties. The problem of planned shutdowns has become worse, according to UN Special Rapporteur Clement Voule, who recently warned that shutdowns are becoming more common. Governments are increasingly using internet shutdowns as the main tactic to quell dissent and manage their populations while avoiding international condemnation.

Internet outages have far-reaching consequences for individuals, disrupting commerce and trade, preventing people from attending school, and putting lives at risk. However, since covert blocking techniques like, throttling have grown more popular, shutdown identification has become increasingly difficult. However, with the rising complexity of the internet, it is becoming more difficult to figure out what is going on when a government restricts access to its population. Moreover, you cannot criticize something you cannot see.

Documenting even partial internet outages is an important first step in resolving this widespread problem. No government should be able to shut down the internet without the knowledge of the international community. That is why Jigsaw is collaborating with top academics at Access Now, Censored Planet, Open Observatory of Network Interference (OONI), and others to disseminate knowledge, improve understanding, and reduce the effects of network outages.