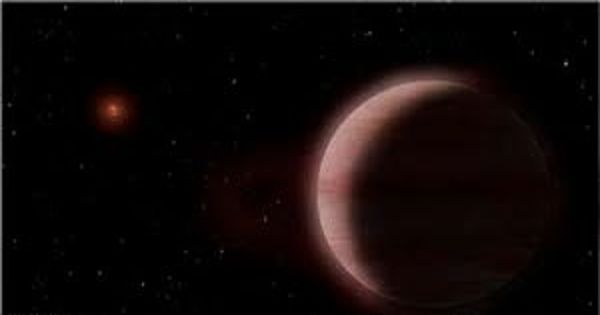 Using the Low-Frequency Array (LOFAR), a radio telescope in the Netherlands, researchers discovered emissions from the Tau Bootes star-system housing the so-called hot Jupiter, a gaseous giant planet that is very close to its own sun. By observing the universe with a radio telescope array, a multinational team of scientists has observed radio bursts originating from the Boötes constellation-which may be the first radio signal collected from a planet outside our solar system.

The first possible radio signal from a world outside our solar system, originating from an exoplanet system about 51 light-years away, was obtained by a multinational team of scientists. The team, led by Cornell postdoctoral researcher Jake D. Turner, Philippe Zarka of the Paris Observatory—Paris Sciences et Lettres University and Jean-Mathias Griessmeier of the Université d’Orléans, will report their findings in the upcoming Astronomy & Astrophysics research section on Dec. 16.

An international team of scientists has picked up the first radio waves emitted by an exoplanet. The planet is a “Hot Jupiter” orbiting a star system 40 light-years from Earth.

“We present one of the first hints of detecting an exoplanet in the radio realm,” Turner said. “The signal is from the Tau Boötes system, which contains a binary star and an exoplanet. We make the case for emission by the planet itself. From the strength and polarization of the radio signal and the planet’s magnetic field, it is compatible with theoretical predictions.”

Among the co-authors are Ray Jayawardhana, a postdoctoral adviser to Turner, Harold Tanner Dean of the College of Arts and Sciences, and Professor of Astronomy. “If confirmed through follow-up observations,” Jayawardhana said, “this radio detection opens up a new window on exoplanets, giving us a novel way to examine alien worlds that are tens of light-years away.”

Portrait of an exoplanet

Using the Low-Frequency Array (LOFAR), a radio telescope in the Netherlands, Turner and his collaborators discovered emissions from a star-system containing the so-called hot Jupiter, a gaseous giant planet that is very close to its own sun. The group has found other possible exoplanetary radio-emission targets in the 55 Cancri (cancer constellation) and Upsilon Andromedae systems. Only the exoplanet system of Tau Boötes—around 51 light-years away—has a significant radio signature, a rare possible window on the magnetic field of the world.

Observing the magnetic field of the exoplanet allows astronomers to discern the inner and atmospheric properties of the planet, as well as the mechanics of star-planet interactions, said Turner, a member of the Carl Sagan Institute of Cornell. Earth’s magnetic field protects it from the hazards of the solar wind, making the earth habitable. “The magnetic field of Earth-like exoplanets may contribute to their possible habitability,” Turner said, “by shielding their own atmospheres from solar wind and cosmic rays, and protecting the planet from atmospheric loss.”

A few years ago, Turner and his colleagues examined the radio emission signature of Jupiter and scaled those emissions to mimic the possible signatures from a distant Jupiter-like exoplanet. Those results became the template for searching radio emission from exoplanets 40 to 100 light-years away.

After porting almost 100 hours of radio observations, the researchers were able to locate the predicted hot Jupiter signature in Tau Boötes. “We learned from our own Jupiter what this kind of detection looks like. We went searching for it and we found it,” Turner said. The signature, however, is poor. “There remains some uncertainty that the detected radio signal is from the planet. The need for follow-up observations is critical,” he said.

Turner and his colleagues have already launched a campaign using several radio telescopes to map the signal from Tau Boötes. In addition to Turner, Jayawardhana, Griessmeier, and Zarka, co-authors are Laurent Lamy and Baptiste Cecconi of the Paris Observatory, France; Joseph Lazio of NASA’s Jet Propulsion Laboratory; J. Emilio Enriquez and Imke de Pater of the University of California, Berkeley; Julien N. Girard of Rhodes University, Grahamstown, South Africa; and Jonathan D. Nichols of the University of California.

Turner, who laid the basis for this study when pursuing his doctorate at the University of Virginia, obtained funds from the National Science Foundation. Two years ago, Turner and his collaborators looked at the radio emission signature of Jupiter and scaled those emissions to imitate potential signatures from a distant Jupiter-like exoplanet. These observations have been a model for the quest for radio emissions from exoplanets 40 to 100 light-years distant.