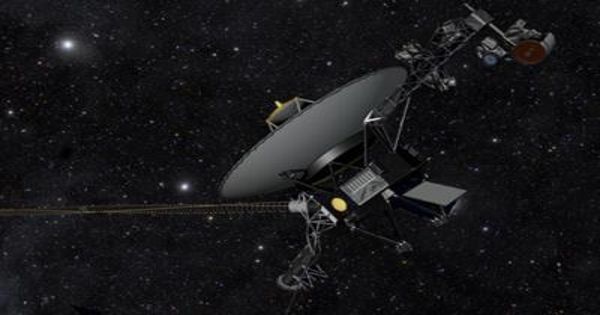 Voyager’s probe manages to make observations, particularly though they pass through outer space. The Voyager probes left our Solar System years ago, but even though they fly through interstellar space, they still track cosmic ray blasts from our Sun, more than 23 billion kilometers (14 billion miles) distant. In recent research, physicists report on the observation by Voyagers of cosmic-ray electrons correlated with solar eruptions—more than 14 billion miles distant.

In recent research, a team of physicists led by the University of Iowa announced the first observation of cosmic-ray electron bursts accelerated by shock waves resulting from large sun eruptions. Detection, made by instruments onboard both the Voyager 1 and the Voyager 2 spacecraft, occurred as the Voyagers began their path outward across interstellar space, making them the first vehicle to document this peculiar physics in the world between stars.

Researchers conclude that the observations will enhance knowledge of cosmic radiation and shock waves. These could potentially help shield astronauts from exposure to radiation on deep space flights. The electron bursts fly ahead of the shock waves that launch them into space. The electrons fly at about the speed of light, accelerating along the direction of the magnetic field.

Such recently observed electron blasts are like specialized guards accelerated by magnetic field lines in the interstellar medium; electrons fly at almost the speed of light, around 670 times faster than the shock waves that originally propelled them. The cosmic burst events were followed by plasma wave oscillations, detected by the same instruments several days after the electrons zipped past the spacecraft. 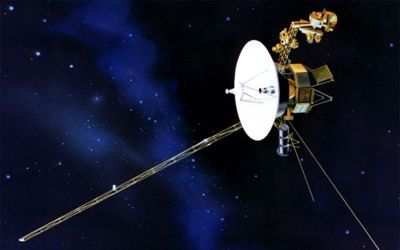 Shock waves emanated from coronal mass ejections, hot gas ejections, and radiation flowing out of the sun at around one million miles per hour. Even at those speeds, it takes more than a year for shock waves to hit the Voyager spacecraft, which flew further from the sun (more than 14 billion miles and count) than any human-made object.

“What we see here specifically is a certain mechanism whereby when the shock wave first contacts the interstellar magnetic field lines passing through the spacecraft, it reflects and accelerates some of the cosmic ray electrons,” says Don Gurnett, professor emeritus in physics and astronomy at Iowa and the study’s corresponding author. “We have identified through the cosmic ray instruments these are electrons that were reflected and accelerated by interstellar shocks propagating outward from energetic solar events at the sun. That is a new mechanism.”

The discovery could allow physicists to better explain the mechanisms underpinning shock waves and cosmic radiation coming from flare stars (which can differ in brightness temporarily due to violent action on their surface) and exploded stars. The physics of such events would be important to remember when sending astronauts on prolonged lunar or Martian excursions, for example, during which they would be subjected to quantities of cosmic rays well above what we encounter on Earth.

Scientists suspect electrons are first bounced off a concentrated magnetic field reinforced by a shockwave bow and then accelerated by the shockwave itself. In 2014, in the journal Astrophysical Letters, physicists J.R. Jokipii and Jozsef Kota theoretically identified how shock wave ions could be accelerated along interstellar magnetic field lines. The current research looks at electron bursts observed by the Voyager spacecraft, which are believed to be accelerated by a similar mechanism.

Voyager 1 and Voyager 2 both detected electron bursts within days of their acceleration, and a little later, the two probes detected slower, lower-energy plasma wave oscillations through the interstellar medium produced by electron bursts. Astronomers aim to understand more how shock waves and cosmic rays emerge from flaring stars. Solar outbursts can produce radiation that poses a danger to astronauts at the International Space Station or other locations, such as the Moon.

JWST Is Finally Fully Aligned and In Full, Glorious Focus