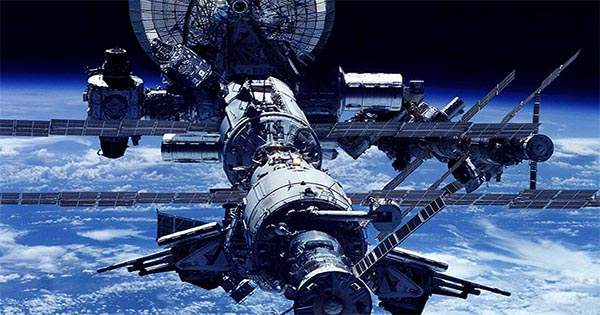 According to the Russian space agency Roscosmos, emergency alarms went off aboard the International Space Station (ISS) early this morning after Russian cosmonauts awoke to the smell of smoke and burning plastic.

The alarm apparently went off at 4:55 a.m. Moscow time on Thursday, September 9 during routine battery charging in the Zvezda service module, which is part of the Russian Orbital Segment of the International Space Station. The cosmonauts went back to sleep after turning on the air purification system. For the time being, the issue appears to have been rectified, and life on board the ISS is returning to normal.

According to NASA, a scheduled Russian spacewalk to continue outfitting the Nauka Multipurpose Laboratory Module will take place today. (You may see it by clicking here.)

“All systems are functioning smoothly, and the air composition on board the station is in accordance with the standard indicators. Roscosmos verified that the crew is continuing their routine training for today’s spacewalk.

This isn’t the first time an event has highlighted how the ISS is beginning to show its age. The station has been continually occupied for over 20 years, but in recent years, the “home away from home” of humanity has begun to show symptoms of wear and tear.

Last month, a senior Russian engineer expressed alarm about cracks appearing on the ISS’s Zarya module. The appearance of drill holes in specific modules of the space station has also remained a mystery. Tensions between the United States and Russia on Earth have harmed the situation on the space station. Dmitry Rogozin, the head of Roscosmos, suggested in June that Russia could leave the ISS as early as 2025 unless the US relaxed sanctions that were hampering the agency’s activities.

According to Russian media, the incident centered on the Russian-built Zvezda module, which provides living quarters.

Over the years, the aging space station has experienced a number of problems, and a Russian official recently warned of obsolete hardware and deteriorating systems.

Air leaks, misfiring engines, and cracks are among them.

Roscosmos, Russia’s space agency later stated that all systems had returned to normal.

The stench of burning plastic was said to have migrated from the Russian section to the American section. According to Russia’s Ria Novosti news agency, Nasa, the US space agency, said a spacewalk scheduled for later Thursday would still take place. Two Russian cosmonauts will work on the Nauka scientific module, which was just arrived.

The smoke was discovered while the station’s batteries were being recharged, according to the agency, and the crew had since returned to “normal training.”