Home Chemistry What are Physical properties of Aliphatic Amines? 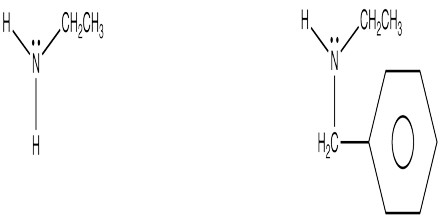 (iii) Solubility: They are water soluble due to formation of H-bond. But solubility decreases with increase of molecular mass. Higher aliphatic amines arc soluble in organic solvents like benzene, ether & chloroform etc.