Home Astronomy Why Must We Constantly Wait For “Launch Windows” In Order To Send A Rocket Into Space? 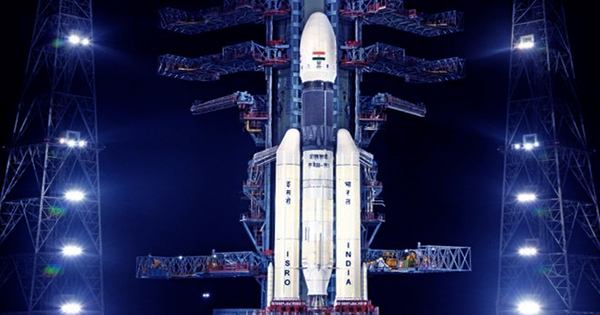 The Artemis I Moon mission was once again scrubbed earlier this week; we must now wait for a new launch window.

On September 3, 40 minutes before the Space Launch System rocket was scheduled to lift off from Florida’s Kennedy Space Center, a fuel line leak forced engineers to cancel the launch.

Why can’t a rocket launch at any time, and what exactly is a launch window? And what does “scrubbing” actually mean?

keeping watch for the ideal alignment: It’s like waiting for the perfect moment for a launch to occur. The rocket will literally be “thrown” off the Earth’s surface. This toss must be precisely timed in order for the craft’s subsequent route through space to send it—and everything it is carrying—directly in the direction of the intended place at the appropriate moment.

The “proper time” for Artemis I, a mission to place the Orion spacecraft in orbit around the Moon, is when the Moon is at its closest point to Earth (sometimes referred to as “perigee”) during its 28-day cycle. As a result, we will now have to wait for the next moonshot for about four weeks.

The timing is essential if we want the Orion capsule to return safely since a substantial portion of the flight path depends on gravity assistance (a “swing-by” that exploits the momentum of a massive body to raise or reduce a passing craft’s speed) from both Earth and the Moon.

The positions of the rocket launcher, Earth, Moon, and lunar capsule must all be precisely understood at all times for Orion to avoid colliding with the Moon.

The James Webb Space Telescope’s launch was a similar tale. On its route to Lagrange Point 2, a gravitationally balanced location between Earth and the Sun, mission commanders on this occasion were watching out to make sure it didn’t collide with the Moon. The telescope’s launch was postponed several times due to severe weather; nonetheless, it finally lifted off on Christmas Day 2021 from French Guiana aboard an Ariane 5 rocket.

Strange mission jargon: Therefore, why scrub the launch rather than cancel it? It seems that there is some very specialized terminology for space missions.

Actually, there are five terms that are used to describe failed space missions. The terms “scrubbed,” “cancelled,” “scrapped,” “retired,” and “terminated” all have similar sounds but have different meanings to mission planners.

An “cancelled” mission won’t be started. As an illustration, the cooperative project between NASA, the European Space Agency (ESA), and the Japan Aerospace Exploration Agency (JAXA) to launch the International X-ray Laboratory in 2021 was shelved due to budget limitations. Although there had been researching and planning, nothing had been constructed. This is the cancellation of a mission, which typically occurs during the development process.

The mission has been “terminated” if it was a part of a cancelled program. Therefore, even if the ISS mission is still ongoing, Russia’s participation in the program will end if Moscow withdraws. The same thing happened when NASA stopped taking part in the ESA ExoMars mission.

However, when the final three Apollo missions were “cancelled,” the final Saturn V rockets were “scrapped.” At the Johnson and Kennedy Space Centers, two Saturn V rockets that were constructed out of “scraps” from various earlier rockets and missions are on exhibit.

Finally, while it’s common for astronauts to retire, the same thing also happens to space missions. The space shuttle, Apollo, Gemini, and Mercury programs have all been “retired.” This indicates that missions of that nature won’t be carried out again.

Scrubbed: The Artemis I launch was therefore canceled, why? When mission specifics were handwritten on a chalkboard, the term “scrubbed” was still used. The mission start time information was cleaned off the chalkboard with a moist cloth in the event of inclement weather or equipment failure.

This is welcome news for everyone who has been looking forward to the first lunar expeditions in 50 years. The launch of Artemis I has only been postponed to the following launch window.
Physics Senior Lecturer Gail Iles from RMIT University