Home Astronomy NASA Begs Please Don’t Send Us Your Meteorites, So What Should You Do If You Find One 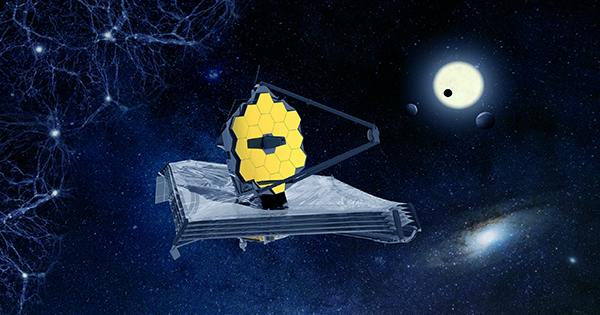 The recent bolide that caused a sonic boom over three US states also produced meteorites, which means that some of it landed on the earth, primarily in Mississippi. Finding a chunk of space rock that has traveled millions of kilometers and might be as ancient as the Solar System is fascinating, but don’t mistake it for your major scientific contribution. NASA isn’t interested in your space rocks. So, what do you do if you come upon a meteorite? According to NASA Meteor Watch on Facebook, some of these latest space pebbles have been confirmed to have been discovered east of Natchez and along Highway 84 in Mississippi.

According to NASA Meteor Watch, however, “Our major concentration is on safeguarding spacecraft and crews against meteoroids, therefore we’re not meteorite people. As a result, we won’t be able to identify any unusual rocks you come across; so don’t send us rock images since we won’t answer.” This got us thinking about what you should do if you find a meteorite. Do you know of any research institutes that would be interested? How can you tell whether it’s a meteorite?

WHEN METEORITES LAND, WHO OWNS THEM? To begin with, you own a meteorite found on your land, according to US law. This implies that any meteor seekers in the vicinity should get permission before entering private property in search of space pebbles. However, if a meteorite is discovered on federal properties, government authorities consider it to be their property, and meteorites discovered on federal lands truly belong to the Smithsonian Institution, according to an interpretation of the 1906 “Antiquities Act.” The removal of rocks (or most natural materials) from national parks and public lands is normally prohibited, while the Bureau of Land Management permits enthusiasts to collect meteorites with limited restrictions.

HOWEVER, HOW DO YOU KNOW IT’S A METEORITE? NASA Meteor Watch recommends using the amusingly called Meteorite or Meteowrong test developed by Dr Randy L. Korotev of Washington University in St Louis — who also requests that samples not be delivered until they are confident they have a real meteorite on their hands. There are four distinct signals that you have a meteorite. Metals are present in stony meteorites, but in smaller quantities, therefore they have a higher density and attract magnets. They also have an uneven form and a fusion crust on their surfaces, especially in stony meteorites. This is because the objects burn up and melt when they pass through the Earth’s atmosphere.

If it has light-colored crystals (quartz is widespread on Earth but not elsewhere in the Solar System), bubbles (volcanic rocks on Earth have bubbles, but space rocks don’t), or streaks (if you scratch it, it shouldn’t leave a streak), it’s not a meteorite. The iron minerals magnetite and hematite, which are not present in meteorites, are indicated by a black or red stripe. This handbook from the University of New Mexico Meteorite Museum has more information on meteorite identification. A meteorite descending from the sky, on the other hand, will be frigid to the touch. The heat from the air alone is insufficient to thaw the entire object, which has spent millennia in interplanetary (or maybe interstellar) space.

Surprisingly, the game is played significantly differently in the United Kingdom. A bolide flashed over the British sky in February 2021, prompting academics and amateurs alike to look for probable meteorites. Because it was the first meteorite discovered in the UK in 30 years, they were fortunate enough to recover many shards, which the Natural History Museum in London made sure was studied and displayed. The Winchcombe meteorite, as it is now known, is one of the most uncommon forms of meteorites. It’s a carbonaceous chondrites meteorite (CM), one of only 15 known CM falls in a database of 65,000 meteorites. It’s also one of just 40 meteorites known to have come from the asteroid belt. In this chat with Dr Helena Bates of the Museum, you can learn more about it.