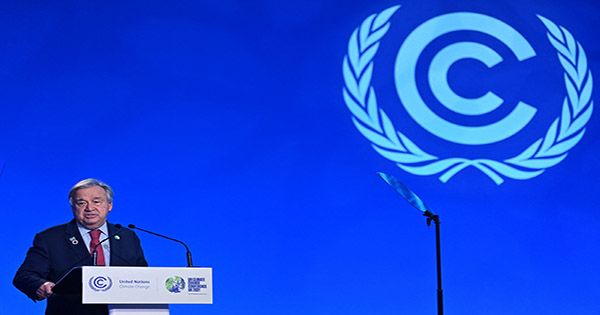 Several global leaders and influential figures spoke at the COP26 opening ceremony this afternoon, but none bettered Sir David Attenborough, the great naturalist, and evangelist. While Attenborough acknowledges that things are not looking good right now, he emphasizes that we should not be too pessimistic. Humans, after all, are “the greatest problem solvers to have ever been on Earth,” as he puts it.

The 95-year-old broadcaster addressed an audience of global leaders and delegates at the COP26 opening ceremony on Monday afternoon that humanity had put itself in grave danger by “damaging” the Earth’s climate.

He imagines a world where the Ice Age ended 10,000 years ago and life on Earth endowed with a generally stable environment. This exceptional stability allowed humanity to grow, but our progress has recently taken a troubling turn, indicating that we are on the verge of extinction.

“Everything we’ve accomplished in the previous 10,000 years has been made possible by [climate] stability,” says the author “Attenborough went on. “Over this time span, the global temperature has not fluctuated by more than one degree Celsius [33.88 degrees Fahrenheit].” Until now, that is.” “We’re already in a lot of danger.” “The stability on which we all rely is eroding,” he stated emphatically.

“Those who have done the least to provoke this situation are among those who will be most hurt,” said Attenborough, emphasizing that inequality is an inseparable element of the problem. We shall all be affected in the end, some of which are already inescapable.” He goes on to say, “no one should be left behind” in the required process of decarbonizing the earth. “Is this how our tale is supposed to end?” he continues. Is this a story about the world’s brightest race being destroyed by the all-too-human trait of failing to see the broad picture in pursuit of short-term goals?

“Perhaps the reality that the individuals most impacted by climate change are young people alive today, rather than some imagined future generation,” he said, “will give us the motivation we need to rewrite our story: to transform this tragedy into a success.” “That desperate hope… is why the world is looking to you and why you are here,” he said as he turned to the crowd at the end of his address.