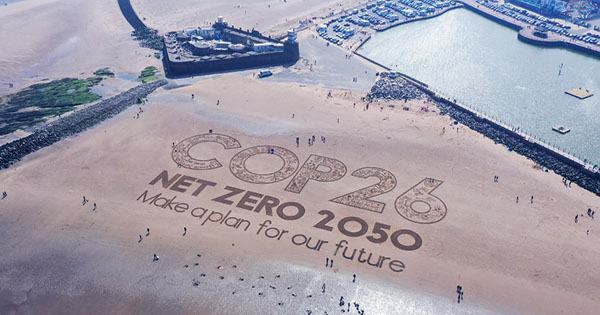 While civil society organizations, representatives from the Global South, and Indigenous people accuse the climate negotiations of being “shut out,” the halls of COP26 have been crowded with over 500 representatives with ties to fossil fuel interests. The COP26 climate summit, which is now taking place in Glasgow, has been dubbed the “most inclusive COP yet.” However, as the discussions approach their second week, a number of parties have expressed dissatisfaction with the event, claiming that they have left out of the talks.

During a normal COP, delegates from each country negotiate in front of observers from NGOs, academics, climate justice organizations; Indigenous peoples organizations, and other groups.

While only states allowed to speak at the plenaries, observers can observe the proceedings and intervene if necessary. Their major goal is to steer the discussions and provide a voice to those who would otherwise be overlooked.

However, this year’s limitations are making it more difficult for civil society organizations to get access to the negotiating zones. “The present COP26 framework is putting unprecedented limits on who can and cannot join negotiations,” according to the Center for International Environmental Law, “and this is having a serious impact on civil society.” Some of these limitations are justified by COVID-19 preventive efforts, but many have criticized them for disproportionately affecting disadvantaged voices.

Others have stated that delegates from the Global South, which would be hit hardest by climate change, have been unable to attend COP26 owing to COVID-19 limitations, a shortage of inexpensive lodging, and inability to get entry to the meeting.

“The annual UNFCCC Conference of the Parties (COP26) is a critical battleground for ordinary people against climatic disaster caused by fossil fuels. Each year, heads of state gather to discuss and execute climate agreements, but the voices of our people, who live on the frontlines of fossil fuel exploitation and climate disaster, ignored “Grassroots Global Justice Alliance’s National Organizer, Ramon Mejia, said in a statement. “Inequitable access to the COP this year, with the COVID-19 epidemic, means that many grassroots forces from the global south will not be there to inform the negotiations.”

However, not everyone has had trouble getting tickets to the climate talks. According to Global Witness, at least 503 fossil fuel lobbyists, including representatives from fossil fuel businesses, trade organisations, and membership groups, have accredited to attend COP26.

That is more delegates than any one country, with over 500. It’s also bigger than the eight delegations from the nation’s most affected by climate change during the previous two decades put together.

In a statement, Murray Worthy, Gas Campaign Leader at Global Witness, stated, “The argument for serious global action must not be sidetracked by a festival of polluters and their mouthpieces, which have no interest in seeing the reforms we need to safeguard people and the planet.” “The presence of hundreds of people hired to promote the poisonous interests of polluting fossil fuel firms will further add to climate activists’ skepticism of these discussions, which they regard as more proof of world leaders’ dithering and postponing.” Because of the magnitude of the task ahead, we can’t afford to be distracted by greenwashing or empty corporate pledges that aren’t followed through.”