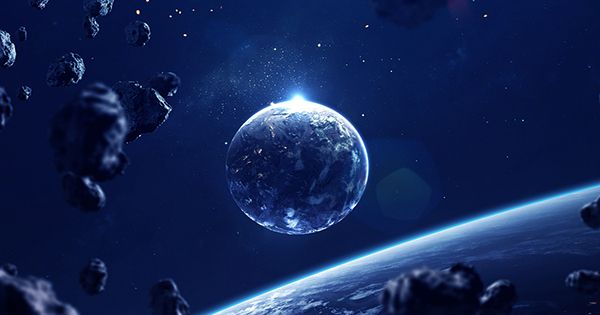 We have long known that the Earth’s fiery interior will continue to burn in the distant future, although new research indicates that this process could occur faster on one side of the planet than on the other.

By analyzing the movements of continental and oceanic plates over the past 400 million years, researchers have determined that parts of the planet have become warmer others, leading to an inconsistent pattern of heat loss. The deeper temperatures inside the Earth’s interior constantly generated as radioactive material decreases. At the same time, however, the heat is decreasing as it dissipates upwards through the crust. The heat loss of this surface exceeds the internal heat production, which means that the planet as a whole getting colder, and will one day become colder and lifeless.

Interestingly, this heat loss does not occur evenly in summer because giant landmasses provide more insulation than thin marine crusts. In other words, regions covered by continents are losing less heat, while regions covered by oceans are cooling more quickly. Writing in the Journal of Geophysical Research Letters, the authors of the new study explain how they used models of tectonic plate cycles to demonstrate a variety of heat losses across the planet over the past 400 million years.

The results indicate that the dividing line between the two hemispheres is located at 60 degrees of longitude and during this period both sides of the earth have cooled at different rates. The reason for this disparity is that for the last 400 million years, one hemisphere has largely covered by water, the other by the land. Researchers have labeled it the Pacific Ocean – and the African Hemisphere includes the continents of Africa, Europe and Asia.

By further dividing each hemisphere into grid-like units, with each latitude and longitude extending by half a degree, the researchers were able to calculate the rate of heat loss that occurred across each region as tectonic plates moved. By doing this, they determined that the Pacific Roundhouse had cooled by 50 Calvin over the last 400 million years over the African Hemisphere. The African Hemisphere has always been heated by the supercontinent Pangea that later became African and Eurasian subcontinent.

Incredibly, although the study authors found that the Pacific Hemisphere is actually warmer than the African Hemisphere despite its rapid rate of cooling. By explanation, they suggested that much of the Pacific Ocean once isolated in a long-lived supercontinent called Rondinia, which was trapped in a great deal of heat before it broke up about a billion years ago. Therefore, it is possible that the heat trapped by this ancient insulating layer has not yet completely disappeared, and continues to affect the Pacific Ocean’s internal temperature.