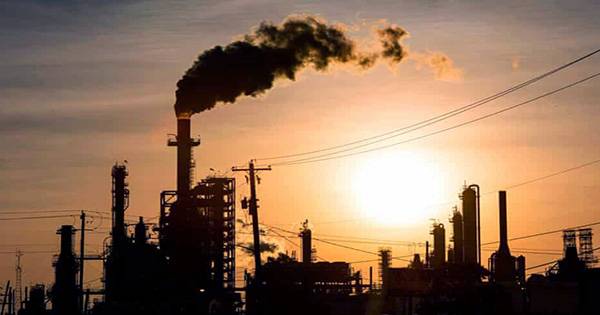 Internal records recently released by Total (recently renamed TotalEnergies) show that the French oil corporation Total (recently renamed TotalEnergies) was aware of carbon dioxide’s effect on the climate as early as 1971. Despite the fact that the hazards were addressed in detail in briefing documents, the firm continued to deny climate science far into the 1990s. Total’s strategy comprised outright deception and distraction strategies, as well as more subtle deception and distraction techniques. Many nations, organizations, and individuals are eager to portray themselves as good climate citizens helping to preserve the planet and civilization from calamity in the run-up to this month’s COP26 Climate Conference.

Many people would rather no one knew about their history of seeking to stifle action on greenhouse gas emissions, but if pressed, they will say they were unaware at the time. Some have done a better job of covering their tracks than others. Archivists and historians aren’t about to let them get away with it, and in a report published in Global Environmental Change, three of them have uncovered Total’s true history. By market capitalization, Total is the fourth largest dedicated oil and gas firm. Following the revelations that ExxonMobil and Royal Dutch Shell knew a lot more about human contributions to climate change than they let on, Dr. Christophe Bonneuil of Paris Sciences ET Lettres and co-authors conducted interviews with former executives and employees, as well as digging through internal documents. To Total’s credit, their archives are far more accessible to independent researchers than the archives of many other oil firms, whose secrets are frequently revealed only through lawsuits.

The paper’s centerpiece is a 1971 special environmental edition of the corporate magazine Total Information, which includes the eerily prescient lines: “If coal and oil consumption continues at its current rate…carbon dioxide concentrations would exceed 400 parts per million around 2010.” After the 1973 oil shock, increased fuel efficiency delayed atmospheric CO2 reaching 400 parts per million until 2015, giving the Earth some breathing room. “The increase in concentration is rather concerning… [It] could have significant consequences,” the 1971 paper continues. Atmospheric circulation could be altered, and some believe that at least partial melting of the polar ice caps, which would almost likely result in major sea-level rise, is not inconceivable.” That issue of Total Information was limited to 6,000 copies.

Total maintained an overt strategy of climate science denial from 1989 to 1994, despite this internal knowledge, which was updated when more evidence became available, the authors note. It also utilized “subtler types of agnogenesis [creating ignorance], such as…responsibility-shifting, strategic charity, advocacy of peripheral solutions, and corporate controversy management,” according to the study. The French oil industry’s business council published a brochure that accepted that using fossil fuels could cause “slight warming,” but discounted “apocalyptic” predictions. Total collaborated with other businesses to prevent, and then postpone environmental regulations.

Of course, Total was not the only company that had this information ahead of its customers. In 1965, President Lyndon B. Johnson briefed on the dangers of human-caused climate change, and the American Petroleum Institute began investigating the issue at the same time. The Anthropocene, according to the report, “may be seen as a history of emerging mechanisms of willful blindness and rationalizations that normalized socio-ecological trajectories and corporate tactics that accelerated modifications of the planet.”