Home Environmental Science COP26 Over 40 Countries Agree To Phase-Out Coal, But Not the US, Australia, Or China 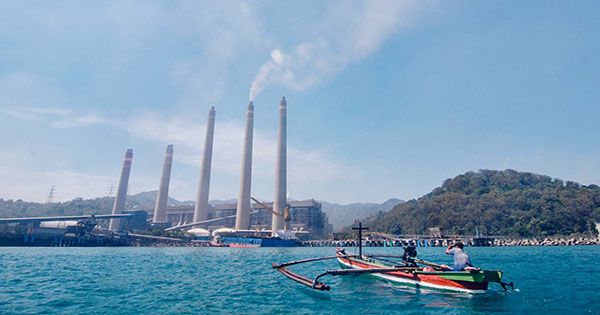 Over 40 nations have decided to phase out coal-fired power, which is the dirtiest of all fossil fuels. The UK-led Global Coal to Clean Power Transition Statement, which will be unveiled at COP26 on Thursday, will see 190 nations and organizations pledge to phase out coal power and not develop or invest in new coal power. According to the agreement, larger economies must phase out coal for energy generation by the 2030s, while smaller economies must do so by the 2040s.
However, the campaign to “put coal out of business” got off to a shaky start. Australia, India, China, and the United States are among the world’s most coal-dependent countries, according to reports. It did however; capture the signatures of a number of coal-hungry nations, including Indonesia, South Korea, Poland, Vietnam, and Chile. Coal is the single most significant contribution to human-caused climate change, accounting for around 46% of worldwide carbon dioxide emissions. Furthermore, it contributes significantly to air pollution.

In a separate announcement on November 4, the Powering Past Coal Alliance, a worldwide coalition of nations, regions, and organizations working to phase out coal, announced the addition of 28 new members, including Ukraine, Chile, Singapore, Mauritius, Azerbaijan, Slovenia, and Estonia. In many regions of the world, coal is already on its way out; during the last six years, the number of new coal plants proposed has dropped by 76 percent. This new vow, however, hailed as another big nail in the coffin by some, particularly the UK government, who had hoped to make coal phase-out a primary goal of their COP Presidency.

“Today marks a watershed moment in our global efforts to combat climate change as nations from all corners of the globe gather in Glasgow to proclaim that coal has no place in our future power generation,” UK Business and Energy Secretary Kwasi Kwarteng said in a statement. “The world is heading in the right way, ready to put coal out of business and embrace the environmental and economic benefits of a clean-energy future,” he continued. Others, on the other hand, were not convinced. Some UK lawmakers have criticized the plan for being too modest, ambiguous, and rife with loopholes.

“Any progress away from coal is wonderful, but there are still significant gaps. Large emitters like China have made no promise to reduce coal use at home, and there is no plan to phase out other fossil fuels “Shadow Secretary of State for Business, Energy, and Industrial Strategy Ed Miliband tweeted. Greenpeace also criticized the pledges. “Overall, this declaration falls well short of the ambition needed on fossil fuels in this critical decade,” said Juan Pablo Osornio, director of Greenpeace’s delegation at COP26, as quoted by Sky News. “Despite the gleaming title, the tiny language appears to provide governments’ great discretion in choosing their own phaseout date,” he noted.

The planet is crashing towards the limits of its climate change

Beaded Lacewings Can Take Down Six Termites with a Single Fart