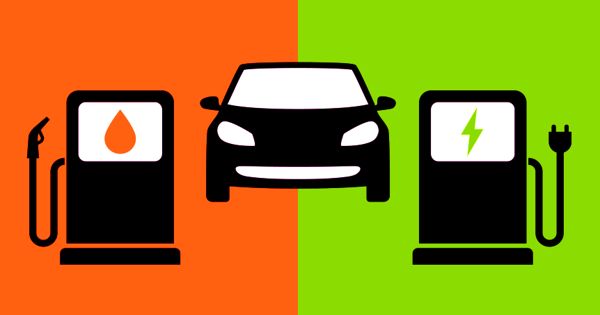 Electric cars are set to become cheaper than gas-powered vehicles in the near future, a critical economic tipping point that experts predict will lead to much greater adoption of clean transportation. The main advantage of electric vehicles is the contribution they can make to improving air quality in towns and cities. Pure electric vehicles emit no carbon dioxide emissions while driving because they do not have a tailpipe. This significantly reduces air pollution.

Electric vehicles are becoming increasingly appealing in a world where many people are concerned about reducing carbon emissions and pollution. According to studies, electric vehicles are better for the environment. They produce fewer greenhouse gases and air pollutants than a gasoline or diesel vehicle. This is even after the cost of manufacturing the vehicle and generating the electricity needed to power it is factored in.

Electric cars are about to become cheaper than gas ones. The major benefit of electric cars is the contribution that they can make towards improving air quality in towns and cities. They emit fewer greenhouse gases and air pollutants over their life than a petrol or diesel car.

According to The Guardian, the recent price drops — and a corresponding increase in car sales — are primarily due to improved battery technology, which has historically been expensive to develop but has recently become significantly cheaper. Once electric vehicles (EVs) reach the point where they are less expensive than gas-guzzling vehicles, we can hopefully expect our transportation infrastructure to become far more environmentally sustainable than it is now.

EVs are already cheaper than gas-guzzling vehicles in some countries, including Norway, Germany, and France. According to The Guardian, this is due to significant government subsidies aimed at encouraging EV adoption. That is all well and good, but the true tipping point — which the EV industry is rapidly approaching — is the point at which electric cars become affordable without government assistance.

“That’s definitely an inflection point,” James Firth, the head of energy storage at the energy research firm BloombergNEF told The Guardian. “[Then] we really see the adoption of electric vehicles taking off and real market penetration.”

Fortunately, it appears that the cost per kilowatt-hour is continuing to fall, and a new report from energy research firm BloombergNEF (New Energy Finance) predicts that the market average will be $101 per kWh by 2023. Experts predict that the cost of EVs will match the cost of comparable gas-powered vehicles at the $100-per-kWh price point. If federal and state tax credits are still available at that time, an EV may be less expensive to purchase than a gas car.

In some ways, EVs already have an advantage over traditional, gas-powered vehicles. Consumer Reports discovered in October that EVs and hybrid cars cost roughly half as much to maintain over time because they break down less frequently than cars with internal combustion engines.

As batteries become more affordable, going electric may soon become a commonplace or obvious financial decision, with gas-powered vehicles relegated to historical relics or collector’s items from the past.

Although electric vehicles are better for the environment than gas-powered vehicles, many Americans are still hesitant to purchase them. One reason is the higher initial outlay. As interest in electric vehicles grows, there are many questions about how green and clean they truly are. We look at some of the facts about electric cars and their environmental impact, from manufacturing concerns to the way electricity is generated.