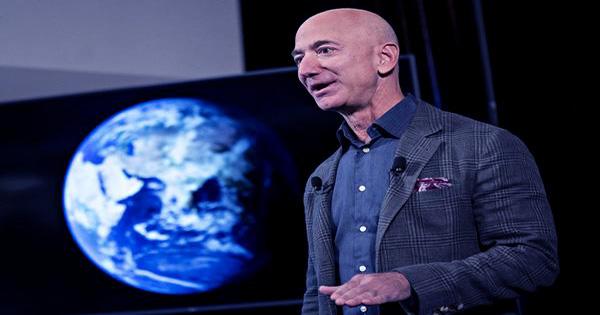 Jeff Bezos, the Amazon CEO-turned-not-quite-astronaut, has been inspired by his stay on the moon. The media magnate announced the launch of the Bezos Earth Fund a year and a half ago: a $10 billion foundation that will “…explore new approaches of tackling the destructive consequences of climate change on this planet we all share.” However, until recently, when Bezos laid out his vision for the Fund’s first ten years, the particular details remained vague.

Now, it appears that Bezos has experienced the “overview effect” and has decided to put the first $1 billion into conservation projects in the tropical Andes, the Congo Basin, and the Pacific Ocean, fresh from his trip to the edge of space. “Our life support system is nature, and it is vulnerable. “I was reminded of this just this July when I traveled into space with Blue Origin,” Bezos remarked on Monday at the project’s launch event. “I’d heard that seeing the Earth from space alters one’s perspective on life. But I wasn’t expecting how much of it would be true.”

Along with the preservation of biodiversity hotspots around the world, Bezos’ latest commitment has another goal: by the end of the decade, 30 percent of the Earth’s oceans and land will be protected. This is one of the goals of a draft United Nations accord aimed at reducing the global extinction rate by a factor of ten (to a mere ten times what would be expected if humans didn’t exist).

While scientists and governments alike have praised the so-called “30×30” objective as the sole way to avoid a global climate disaster, it has also been criticized. Some scientists are concerned that governments would fall into the trap of prioritizing the extent of protected areas over biodiversity levels, while many Indigenous rights organizations are concerned about the idea of “fortress conservation.” In 2018, United Nations Special Rapporteur on Indigenous Peoples Victoria Tauli-Corpuz told the Guardian that this is “the concept that to maintain forests and biodiversity, ecosystems need to exist in isolation, empty of people.”

“This paradigm… ignores mounting evidence that forests thrive when Indigenous Peoples stay on their traditional grounds and have legally recognized rights to manage and protect them.” When Bezos announced his donation on Monday, he said it would put Indigenous and local communities at the forefront of biodiversity protection. Grants from the Earth Fund will be granted later this year, with a priority given to countries and regions that have made a long-term commitment to environmental conservation, according to him.