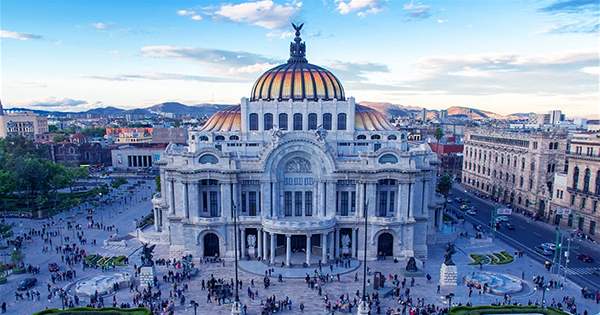 It has been known for more than 100 years that Mexico City is sinking due to the removal of water from the land it was built on.

The sinking has now reached an alarming rate of 50 centimeters (20 inches) per year, and a new study published in JGR Solid Earth suggests that there is no hope of reversing it. Mexico City Tenochtitlan and Lake Texcoco, built across a Aztec city on top of a system of salt and freshwater lakes. The Aztecs had dykes to separate fresh water and stop flooding but they were destroyed in the 1500s during the Spanish colonial colonial aggression and city siege.

The Spaniards then dried up the lake, leaving only a small portion. In the 1900s, the city sank at a rate of 9 centimeters (3.5 inches) per year. In the late 1950’s, when it grew 29 centimeters (11.4 inches) a year, the amount of water that could be drilled from the land in that area was capped. Although this helped to slow down the sinking for a while, it did not stop the process or reverse it.

For some time it has gone back to 9 centimeters, but in the last two decades it has sunk at a rate of 50 centimeters in some parts of the city. Now, the team believes that the amount of water removed no longer affects the reduction level.

The team has used 115 years of leveling data in combination with more advanced methods such as Interferometric synthetic aperture radar (INSAR) collected over the past 24 years, and GPS data over the past 14 years to show “no significant elastic distortion, almost completely unchanging.”

The groundwater levels below the city have still shrunk by 17 percent and it is unlikely to return. The team emphasizes that the trend of compression of these layers continues and according to their model, the whole layer will shrink by 30 percent which could be an additional addition of up to 30 meters (99 feet) in 150 years.