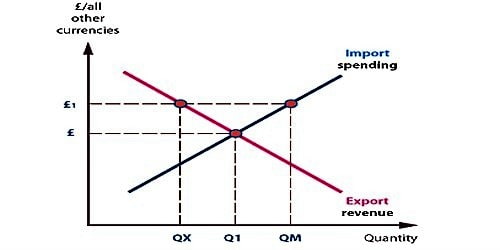 The system of the exchange rate in which the rate of exchange is determined by forces of demand and supply of foreign exchange market is called Flexible Exchange Rate System. Here, the value of a currency is allowed to fluctuate or adjust freely according to change in demand and supply of foreign exchange. A floating exchange rate is an administration where the exchange price of a country is set by the forex market based on supply and demand relative to other currencies. So, it refers to changes in a currency’s value relative to another currency (or currencies).

Advantages and disadvantages of this system are listed below:

When central bank manipulates the floating exchange rate to the disadvantage of other countries, it is termed as dirty floating. However, central banks have no fixed times for intervention but have a set of rules and guidelines for this purpose.