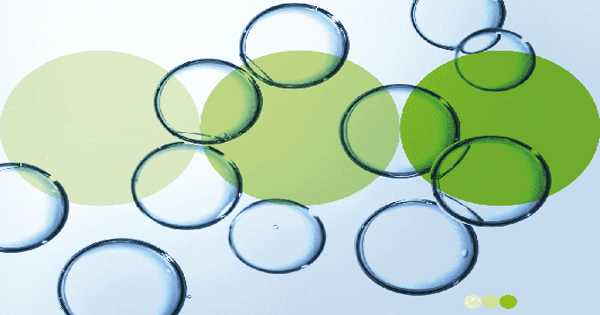 As the United States races to meet its goal of zero-carbon electricity generation by 2035, energy providers are rapidly increasing their use of renewable resources such as solar and wind. However, because these technologies generate electrons only when the sun shines and the wind blows, they require backup from other energy sources, particularly during peak periods of electric demand. Plants that burn fossil fuels, primarily natural gas, currently fill in the gaps.

“As we move toward greater renewable penetration, this intermittency will have a greater impact on the electric power system,” says Emre Gençer, an MIT Energy Initiative research scientist (MITEI). This is due to grid operators’ increasing reliance on fossil-fuel-based “peaker” plants to compensate for the intermittent nature of variable renewable energy (VRE) sources such as sun and wind. “We must replace all greenhouse gas-emitting sources if we are to achieve zero-carbon electricity,” Gençer says.

Now, Gençer and Drake D. Hernandez SM ’21 have developed a model that allows them to more precisely assess the benefits and drawbacks of these peaker-plant alternatives. Based on a detailed inventory of California’s power system, their hybrid technological and economic analysis was published online last month in Applied Energy. While their research focuses on the most cost-effective solutions for replacing peaker power plants, it also contains insights that are meant to contribute to the larger discussion about transforming energy systems.

“The key takeaway from our study is that hydrogen-fired power generation can be a more cost-effective option than lithium-ion batteries—even today when the costs of hydrogen production, transmission, and storage are very high,” says Hernandez, who worked on the study as a graduate research assistant for MITEI. “If there is a place for hydrogen in the cases we studied,” says Gençer, “that suggests there is a promising role for hydrogen to play in the energy transition.”

Low and zero-carbon alternatives to greenhouse-gas-emitting peaker plants are in development, such as arrays of lithium-ion batteries and hydrogen power generation. But each of these evolving technologies comes with its own set of advantages and constraints, and it has proven difficult to frame the debate about these options in a way that’s useful for policymakers, investors, and utilities engaged in the clean energy transition.

Adding up the costs

California is a shining example of a rapidly shifting power structure. The state gets more than 20% of its electricity from solar and about 7% from wind, with more VRE coming online all the time. This means that its peaker plants already play an important role, coming online each evening when the sun goes down or when events like heat waves drive up electricity demand for days at a time.

“We looked at all of the peaker plants in California,” Gençer says. “We wanted to know how much electricity it would cost if we replaced them with hydrogen-powered turbines or lithium-ion batteries.” The researchers compared the costs of various technologies using a core metric known as the Levelized cost of electricity (LCOE). The average total cost of building and operating a specific energy-generating asset per unit of total electricity generated over the asset’s hypothetical lifetime is measured by LCOE.

Using 2019 as their base study year, the team examined the costs of operating natural gas-fired peaker plants, which they defined as plants that operate 15% of the year to fill gaps in intermittent renewable electricity. They also calculated the amount of carbon dioxide emitted by these plants as well as the cost of reducing these emissions. Much of this information was freely available to the public.

Pricing massive arrays of lithium-ion batteries to replace peaker plants was also relatively simple: “There are no technical limitations to lithium-ion, so you can build as many as you want, but they are super expensive in terms of their footprint for energy storage and the mining required to manufacture them,” says Gençer.

The difficult part was determining the costs of hydrogen-fired electricity generation. “The most difficult part is determining cost assumptions for new technologies,” Hernandez says. “You can’t do this through a literature review, so we talked to equipment manufacturers and plant operators a lot.”

The team considered two types of hydrogen fuel to replace natural gas: one produced by electrolyzer facilities that convert water and electricity into hydrogen, and another produced by reforming natural gas, yielding hydrogen and carbon waste that can be captured to reduce emissions. They also calculated the cost of retrofitting natural gas plants to burn hydrogen rather than building entirely new facilities. Their model includes identifying potential locations throughout the state as well as the costs associated with building these facilities.

Before embarking on the task of analysis, the researchers spent months compiling a massive dataset. According to Hernandez, the results of their modeling were clear: “Hydrogen can be a more cost-effective alternative to lithium-ion batteries for peaking operations on a power grid.” Furthermore, according to Gençer, “while certain technologies performed better in specific locations, we discovered that, on average, reforming hydrogen rather than electrolytic hydrogen proved to be the cheapest option for replacing peaker plants.”

A tool for energy investors

Gençer admits that when he started this project, he “wasn’t hopeful” about hydrogen replacing natural gas in peaker plants. “It was kind of shocking to see that there was a place for hydrogen in our various scenarios.” That’s because the overall cost of converting a fossil-fuel-based plant to a hydrogen-based plant is very high, and such conversions are unlikely to occur until more sectors of the economy embrace hydrogen, whether as a transportation fuel or for various manufacturing and industrial purposes.

There is a nascent hydrogen production infrastructure, primarily in the production of ammonia for fertilizer. However, massive investments will be required to expand this framework to meet grid-scale needs, which will be driven by purposeful incentives. “Any of the climate solutions proposed today will require a carbon tax or carbon pricing; otherwise, no one will switch to new technologies,” Gençer says.

The researchers believe that studies like theirs can assist key energy stakeholders in making more informed decisions. To that end, they have incorporated their findings into SESAME, an MIT-developed life cycle and techno-economic assessment tool for a variety of energy systems. Users can use this sophisticated modeling environment to compare the costs of energy storage and emissions from various technologies or to determine whether it is cost-effective to replace a natural gas-powered plant with a hydrogen-powered plant.

“As utilities, industry, and investors seek to decarbonize and achieve zero-emissions targets, they must weigh the costs of investing in low-carbon technologies today against the potential impacts of climate change in the future,” says Hernandez, a senior associate in Charles River Associates’ energy practice. He believes that as production costs fall and markets expand, hydrogen will become more cost-competitive.

Gençer, a member of MITEI’s upcoming Future of Storage study, understands that hydrogen alone will not usher in a zero-carbon future. “Our research shows that we need to seriously consider hydrogen in the energy transition, start thinking about key areas where hydrogen should be used, and begin making the massive investments that are required,” he says.