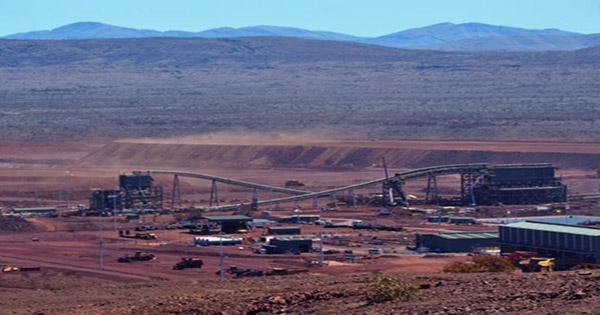 A multinational mining company has temporarily halted plans to destroy dozens of intelligent heritage sites in Western Australia, saying it would “not disrupt identified sites without more extensive consultation” with traditional owners, with the Banjima people. On May 29, mining corporation BHP Billiton was approved to expand development at the South Flank Mine in the central Pilbara region of Western Australia, a multi-million-dollar mining site that has quickly become one of the world’s largest iron ore operations.

The Guardian has seen internal documents show that improvements have threatened to disrupt or destroy 40 to 86 significant indigenous sites, including several archaeological sites 10,000 years and 15,000 years ago, artifacts, and other matters of cultural importance.

Maitland Parker, chairman of the Banjima Native Title Aboriginal Corporation, said in a statement, “As a matter of sharing ore history and culture with other traditional history owners in Australia and around the world, the Banjima people do not support the destruction of cultural significance.” Following the revelations, the mining giant has now said it will halt development and engage in further consultations with the local Banjima people.

BHP announced in a statement, “We will not disturb the identified sites without further discussion with the Banjima people.”This consultation will be based on our commitment to understanding the cultural significance of the region. It will include further scientific research and discussions on mitigation and conservation.”

Any activity that may destroy or disrupt any indigenous site must first apply to the Indigenous Culture Materials Committee under the Indigenous Culture Act of 1972. However, under Article 16 of the Act, land users are “inevitably affected by a site” and can proceed with their development if they obtain the consent of the Minister of Indigenous Affairs, despite the objections of the traditional owners. Western Australia’s Minister for Indigenous Affairs Ben White said he had approved BHP’s application on May 29 to “affect” the sites and that “no objections” had been lodged to the plan.

The 48-year-old indigenous law has been criticized for not being sensitive to indigenous concerns and for supporting mining opportunities. There is no statutory requirement for an indigenous person to be on the committee and no right to appeal against the committee’s decision. The recent decision is likely to draw huge crowds to an ancient sacred indigenous site in Western Australia, which was demolished last month by excavation firm Rio Tinto. The caves were first occupied by indigenous peoples more than 46 years ago, forming the oldest populated caves on the Hamersley  Plateau to their west, and contains a wealth of notable specimens dating back nearly 28,000 years, including tools and sacred objects.