Home Environmental Science The Gulf Stream may Collapse, Causing North America to Freeze, According to Scientists 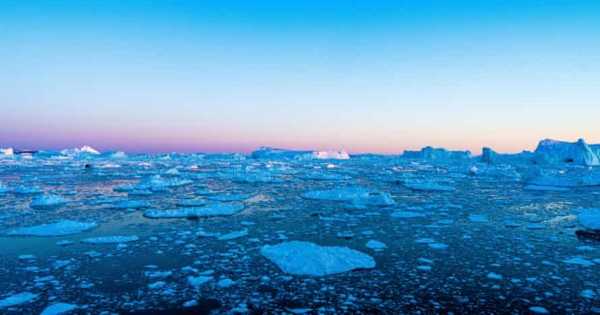 Climate scientists have detected early warning signs of the Gulf Stream’s demise, one of the planet’s major potential tipping points. According to The Washington Post, scientists are warning that a key system that drives oceanic currents, including the Gulf Stream, is on the verge of collapsing, owing in large part to human-caused climate change, and this could result in a wave of freezing temperatures in Europe and North America.

The “Atlantic Meridional Overturning Circulation” (AMOC) system is critical to the functioning of the world’s oceans, transporting warm and much denser saltwater from the tropics to northern Europe, where it cools and begins its long journey back along the ocean floor.

However, according to a new study published today in the journal Nature Climate Change by the Potsdam Institute for Climate Impact Research in Germany, this system is becoming increasingly vulnerable to disruptions. The findings are a warning that the drastic effects of climate change may soon have new and very serious consequences.

Scientists are warning that a key system that drives oceanic currents is being driven to the brink of collapse in large part due to human-caused climate change and it could cause a wave of freezing temperatures in Europe and North America.

The study discovered “an almost complete loss of stability over the last century” of the currents known as the Atlantic meridional overturning circulation (AMOC). The currents are already at their lowest in at least 1,600 years, but new research suggests they may be on the verge of collapsing.

Niklas Boers, a Potsdam Institute researcher, examined centuries of sea level and temperature data and discovered “significant early warning signals” that “the AMOC may have evolved from relatively stable conditions to a point close to a critical transition,” he wrote in his paper.

If AMOC were to turn off the system, which is either in circulation or not, much of Europe and parts of North America, according to scientists, could be plunged into a prolonged period of extreme cold in the worst-case scenario, rising sea levels even further along the US East Coast.

Such an event would have catastrophic global consequences, disrupting rains that billions of people rely on for food in India, South America, and West Africa; increasing storms and lowering temperatures in Europe; and raising sea levels off the east coast of North America. It would also put the Amazon rainforest and Antarctic ice sheets in jeopardy.

It’s a frightening prospect. Rather than a steady decline, we are approaching a “critical threshold beyond which the circulation system may collapse,” as Boers explained in a press release. Increased melting of freshwater sources is already contributing to the effect, making it more difficult for cooled and less salty water to sink to the ocean’s bottom because it’s more buoyant, a trend Boers “wouldn’t have expected,” he said in the statement.

The AMOC was last shut down around 12,000 years ago, at the end of the last ice age, due to the melting of a massive glacial lake. The extreme cold spell that struck Europe lasted nearly a millennium.

The AMOC has been known to weaken as human activity and greenhouse gases raise sea temperatures, and “the critical threshold is most likely much closer than we would have expected,” according to Boers. The AMOC slowdown is already causing the Gulf Stream to lag behind, raising sea levels along the US East Coast and causing fish populations to die off.

We don’t know when greenhouse gases will accumulate to the point where the AMOC will shut down. According to one 2016 study, the AMOC could collapse by the year 2300 if no meaningful efforts to reduce greenhouse emissions are made before then.

According to Boers, reversing the trend would be impossible. “It’s one of those things that should never happen, and we should do everything we can to reduce greenhouse gas emissions as soon as possible,” he told the newspaper. “We don’t want to mess with this system.”