Home Biology What is Simple Tissue? 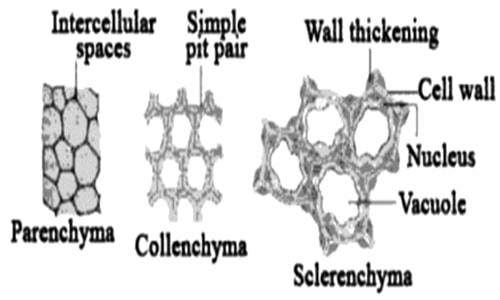 A simple tissue is made of only one type of cells. Tissues of same kinds compose simple tissue. This tissue is called epithelium in animals and epidermis in plants. Simple tissues are of three types, namely, parenchyma, collenchyma, and sclerenchyma.

Parenchyma: The Parenchyma is walled living cells. It generally develops from ground meristems. The cells restrain a huge nucleus and big vacuoles. Characteristics of parenchyma tissue are as follows: 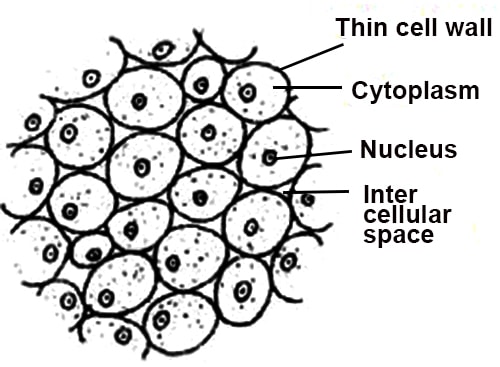 It occurs in the simple tissue of epidermis of root, stem and leaf, hypodermis, peric pith, medullary rays, mesophyll cells, mesocarp of fleshy fruits, embryo, etc. It presents in the primary plant body, i.e., pith and cortex originate from the ground meristem.

The chlorenchyma of leaf IS called Mesophyll. Parenchymatous tissues with large air spaces In aquatic plants are Aerenchyma.

Position: Usually pith, pith rays, epidermis and most of the cortex are made of this tissue.

Occurrence: The collenchymas generally remain in the hypodermis of the stem and also in the base petiole and pedicel. 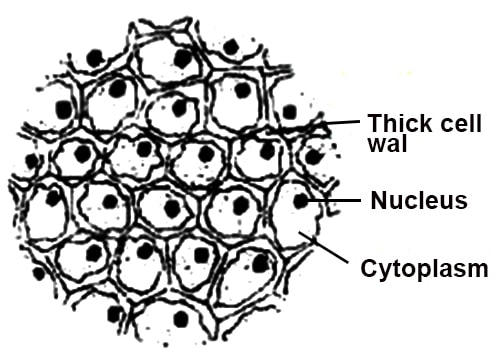 Sclerenchyma: The permanent simple tissue consisting of evenly thick-walled dead cells are named sclerenchyma. The cells are dead without protoplasm. They normally die upon reaching maturity but continue to fulfill their structural purpose in the plant.

Characteristics of Sclerenchyma are as follows:

Position: They are present in cortex, phloem, and pericycle. 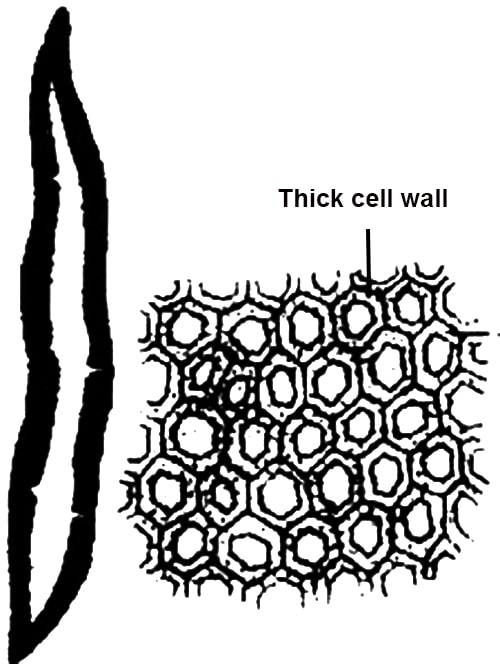 Difference between Anatomical Structures of Dicot Stem and Monocot Stem

Co-ordination between Organs and Systems to keep the Body Fit