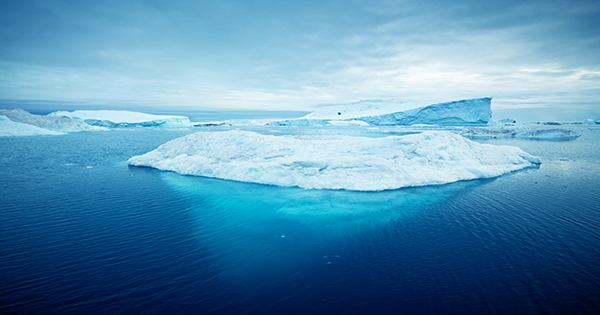 The three largest glaciers in Greenland have enough ice that if they continue to melt completely; the world sea level will rise by about 1.3 meters (4.3 feet).

Greenland’s ice sheets and glaciers have an uncertain future. A new study has found that ice holes are larger than previously thought; while separate studies have found that the island’s largest glaciers are melting faster than expected.

In late September, a separate study found that Greenland could lose 36 trillion tons of ice compared to the total loss of the last century, depending on how well we control greenhouse gas emissions. If that happens, it will add 9.9 centimeters (3.9 inches) to the global water line.

The team’s research, published in the Geophysical Research Letter, shows how the volume of the moulin affects the water pressure under the ice sheet. To begin the study, it is crucial to establish how large these holes were actually inside the sheet. The team saw that they were much larger than they appeared from the surface and in the models.
“We compared our models with water level field observations and it seemed that we would need a really large amount of water inside the moulin for a relatively small water change. Then when we went back the next year and searched for a moulin, it was a monster. The incident where the model predicted, and we took to the field and it was proven correct, “said lead author Professor Matt Covington from the University of Arkansas, in a statement.

Moulin is one of the reasons why Greenland’s ice is melting. A moulin is a hole in an ice sheet that allows molten water to penetrate deep into the ice and reach the base. Even a thin layer of water under the base lubricates the ice sheet, making it easier for the sheet to flow toward the sea.

“We’re trying to understand how melting water interacts with the speed of the ice, and the main thing we’ve found is that the water pressure in these moulins hasn’t been observed as much as before, and it really seems to be the result of a large number of moulins. Research published from Greenland has suggested changes in our climate, and the choices we make now will have a profound effect on the region’s future.