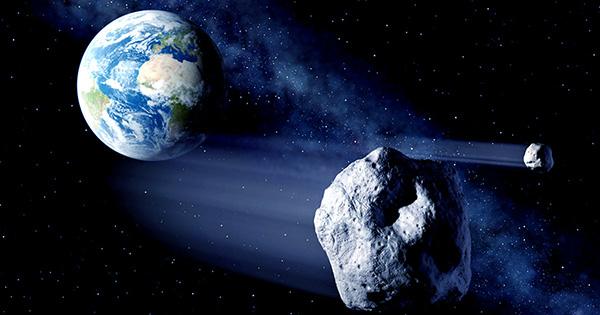 It is believed that the moon made a huge impact when a planet the size of Mars collided with the primitive Earth. In Greek mythology the Titans are the goddesses of precious metals and gems, and the object is named after the mother of Celine (the moon).

New research now suggests that Theia is not completely gone – huge chunks of it may still be inside our planet. Around the center of the earth, scientists believe that there are two large structures called the Low-Shear Velocity Province (LLSVP), one at the bottom of West Africa, the other at the bottom of the Pacific Ocean. These are 1,000 kilometers (600 miles) thick and extend for several thousand kilometers. Some researchers now believe that these blobs remain fragmented by theia.

Qian Yuan, a PhD student in geodynamics at Arizona State University, told Science that “this insane idea is the least possible.” Yuan presented his research at the 52nd Lunar and Planetary Science Conference last week. The idea that these structures were fragments of Thierry has been discussed before, but this new work combines several pieces of evidence in a coherent view. Theia was united with the earth and their cores were united. Simulations driven by researchers show that the Theia mantle was slightly smaller than the Earth’s own and that it could have survived a large portion of its mantle.

The range of simulations suggests keeping the rocks 1.5 to 3.5 percent lower than the Earth’s own. Previous studies have suggested that the concentration of LLSVPS is within that range. The simulation further suggests that Theia may be larger than previously thought – larger than Earth. After all, LLSVPs have six times the mass of the full moon. So impressive, if these structures were from outside space, of course it was quite huge.

While the evidence presented provides a beautiful picture, there are still many questions open about these structures that may influence this interpretation.

The interior of our planet has been studied using seismic waves and models, so there may be hidden flaws, creating less visibility than precise vision. LLSVPs may not be as frequent or as dense or as we believe. So a big thick Theia might not be behind these blobs. The work has been submitted for peer-review in Geophysical Research Letters and will certainly continue to be discussed. LLSVPs are a constant source of interest. These have even been considered as potential sources of future super explosions.