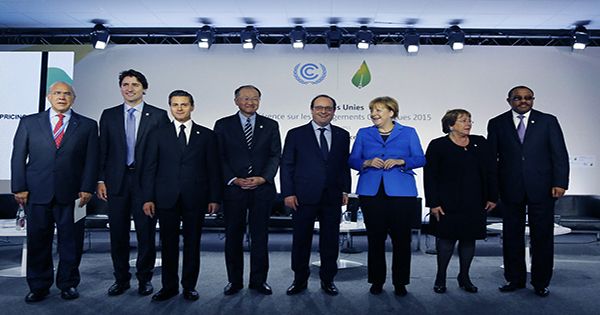 The climate problem is unfolding all around us, and despite enormous political promises, many foreign governments have yet to make concrete commitments. According to a report released Wednesday by the Think Tank Climate Action Tracker (CAT), only the Gambia has taken climate action that is commensurate with the Paris Agreement targets, out of 37 countries reviewed. The pact, which was signed in 2015, aims to keep the average increase in global temperatures to 1.5 degrees Celsius (2.7 degrees Fahrenheit) over pre-industrial levels. Governments must take bold initiatives in order to achieve this.

Apart from the Gambia, the study found that just seven nations have taken climate action that is almost enough to fulfill the Paris Agreement goal: Costa Rica, Ethiopia, Kenya, Morocco, Nepal, Nigeria, and the United Kingdom. “The fire is spreading in all directions.” The researchers point out that while the UK’s promise is compliant with the Paris Agreement, its policies and international assistance are not. Although the EU, Germany, and the United States have updated their targets, action is still insufficient.

“We reported in May, following the Climate Leaders’ Summit and the Petersburg dialogue, that there appeared to be good momentum with new climate action commitments, but governments had only closed the emissions gap by up to 14 percent,” said Niklas Höhne of the NewClimate Institute, a CAT partner organization.

“However, there has been little to no progress since then: nothing is moving. Governments have narrowed the deficit by up to 15% since May, a marginal improvement. Anyone would believe they have unlimited time when, in fact, the contrary is true.”

Three-quarters of the countries reviewed had significant gaps in climate action, including some of the world’s largest emitters of greenhouse gases. With the recent IPCC report emphasizing the importance of treating the climate problem seriously, immediate action is required.

“Australia, Brazil, Indonesia, Mexico, New Zealand, Russia, Singapore, Switzerland, and Vietnam are of special concern: they have failed to raise ambition at all, submitting 2030 targets that are the same as or less ambitious than those proposed in 2015.” These countries must reconsider their options, according to Bill Hare, CEO of Climate Analytics.

“The IPCC has issued a ‘code red’ warning to the world about the dangers of climate change, stressing the urgent need to cut emissions in half by 2030. Climate change is affecting an increasing number of people around the world in increasingly severe and frequent ways, but government action is falling short of what is required. While several countries have pledged to net zero, reaching net zero is nearly unattainable without immediate action.”

Although the situation is dire, it is critical to realize that it is not hopeless. Any changes we can make will benefit us in the long run, but the bigger and faster the changes are the better.