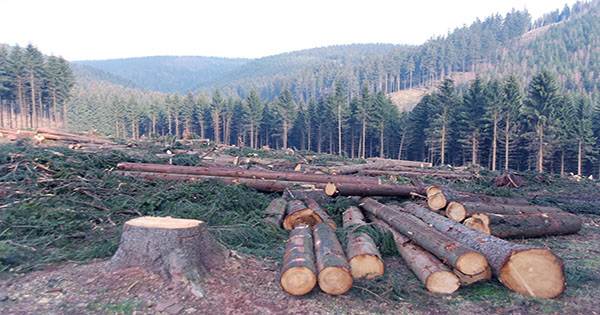 According to a horrific report released by advocacy group Global Witness, a record number of environmental and conservation activists were murdered in 2020, with 227 persons killed. This is the second year in a row that the number of murders in this category has reached new highs, with illegal logging being blamed for the most deaths. While many advocate for better protection for these environmentalists, some of those who have died have been memorialized through the naming of new species. Since 2012, Global Witness has been tracking the deaths of land and environmental activists.

So far, their findings tend to indicate that as the climate catastrophe worsens, violent crimes against those fighting to safeguard the environment are becoming more common. In 2020, more than four environmental activists were slain on average every week, with Colombia, Mexico, and the Philippines accounting for more than half of all killings. Global Witness’ report shows that Indigenous peoples were disproportionately affected by the attacks, accounting for a third of those killed.

The figure is particularly alarming in view of the fact that Indigenous peoples make up only 5% of the global population, but they were responsible for five of the seven mass killings of environmental activists in 2020.

The report states, “Each killing is a complex and deeply personal tragedy, rooted in a predatory economic model driven by greed.” “Recording and analyzing each death of land and environmental activist may seem morbid.

But it’s crucial to understand what ties these seemingly unrelated incidents together – the water protectors assassinated in northern Mexico and the South African grandmother shot dead outside her home, ostensibly for opposing a neighboring coal mine expansion.

“Understanding the overlap between the causes of these assaults, what they represent, what is at stake, and the actions that governments and companies must take to prevent them requires analyzing the entire dataset.”

To memorialize the lives of some of those who have died, a recent study named certain new-to-science species discovered in Honduras’ Cusuco National Park after conservation activists who have been killed in the area. Deforestation for wood extraction and conversion to coffee plantations are major threats to Honduras’ cloud forests, but community ranger patrols are responsible for keeping loggers at bay. Since 2010, more than 120 activists have been killed in Honduras, according to Global Witness.