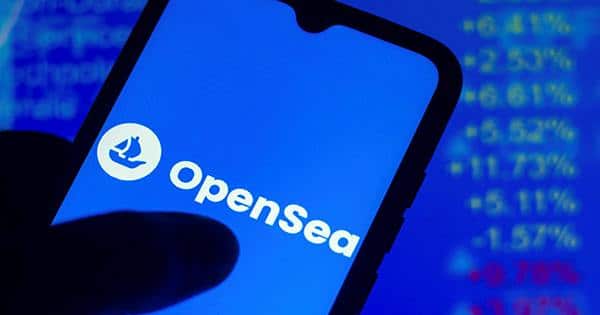 Welcome back to The TechCrunch Exchange, a weekly email about startups and markets. It takes its name from the daily TechCrunch+ column from which it was born. Do you want it delivered to your inbox every Saturday? Here is where you may sign up. The team, a wonderful Saturday. As I write this to you on a Friday afternoon, I hope you are not at your desk. Please read this from the couch because we are having a good time today. Friends stab you in the front, according to a well-known Wildeism, which is true enough to make the remark memorable. It occurred to me during the last week or so as I examined Coinbase’s recent intention to enter the NFT market.

A few facts can assist explain why the Wilde reference is appropriate at this time:

OpenSea is the largest NFT marketplace today, according to crypto-monitoring company DappRadar. If consumers who have expressed interest in Coinbase’s rival solution actually buy and sell NFTs on the well-known crypto-investing site, Coinbase may swamp. This would put OpenSea is a bit of a bind. If VCs want to stay on corporate boards after going public, that is OK as long as their portfolio businesses keep them. Some venture capitalists make it a habit to serve on public boards. Marc Andreessen, for example, sits on the board of Facebook, which mentions in its bio that he formerly served on the boards of eBay and HP. Cool.

However, things get complicated when an investor continues on the board of a portfolio business after it goes public and then decides to take on portcos from that same investor’s firm. Where does that investor continue to work? If I were OpenSea and saw Marc on the Coinbase board at the same time that his venture firm was on my cap table, I would be furious, especially since Coinbase has opted to assault my market. Do your friends stab you in the back? Also, do not forget that Facebook’s latest crypto effort is in collaboration with Coinbase!

Other ironies involving Facebook board members have also surfaced. Peter Thiel, for example, is a member of Facebook’s board of directors. He is also a supporter of J.D. Vance, an aspiring politician. J.D. Vance, for example, is criticizing Facebook while campaigning for the government. While the OpenSea drama is a little annoying to watch as large corporations attempt to sink little businesses, seeing Facebook money circulate back to biting Facebook in the arse is hilarious because no small fries are injured in the process. Still, you have to question if the board seats shouldn’t be spread out a little more. Otherwise, a16z will continue to seek to undermine the same founders it supports.

The dual function power generator can generate electricity from seawater

Would a third of Europeans really like a robot PM?