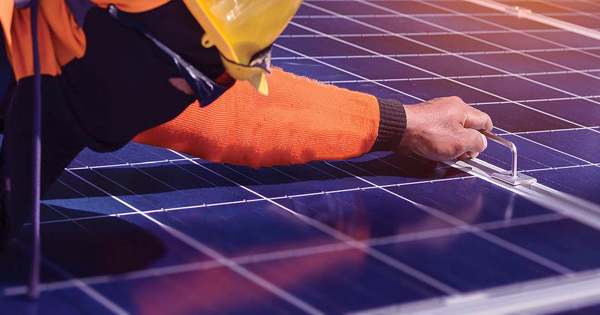 Solar Power Europe announced at its annual summit that for the first time, more solar cells were added globally than ever before, crossing the long-awaited 100 gigawatt (GW) barrier.  Solar power, the beacon of hope, faced major setbacks in 2018 amid one of the most devastating news about climate change, and even solar optimists feared the end of its astonishing growth. Yet it has again defeated the naysayers.

Despite hostility from the White House, trade wars have increased the cost of panels in many places, and with the most damage, the new government is capturing solar projects.

It took more than 20 years from the first commercial solar cell production to the time a solar gigawatt was installed around the world. At the end of the millennium, not all of the world’s solar energy could drive a medium-sized city. Most of the efforts to map the future path of a clean energy did not see solar power as a significant factor until the middle of the century.

The amount of solar in the world has doubled every two to three years, since then.  As more cells are installed, economies of scale and advanced production techniques have reduced costs, increasing demand.  If this trend continues, by 2030, the world’s electricity supply will become pure solar power. No one expects that, so at some point, this transient growth will fade. Last June, it looked like 2018 would be the year – many feared fewer powers would be added than in 2017.

In 2000, almost half of the world’s solar panels were in Germany. Just as Germany returned its subsidy, China took over as solar champion.  The issue of vulnerability was further compounded by the fact that while many countries played a role, solar has been dependent on one country at a time for most of the last two decades.

The weakness of the solar industry is that it does not rely solely on grants from governments interested in finding polluting alternatives, many of these, however, were not intended as permanent support for the technology, but as a way to get started. If these are withdrawn too soon, the fear will spread and the virtuous circle of growth and low prices will stop in one fell swoop.

So when China tightened its cap in May, many predicted disaster. If more than half of the world’s solar-installed nations were cut off in 2017, who would replace them? See you, everyone.
China fell 1 percent to 44 GW, but before that only small markets from Africa to the Netherlands were created for it. 104GW was installed worldwide, up from 99GW in 2017.  With more solar installed without subsidies and the industry less dependent on anyone nation, the future looks bright.