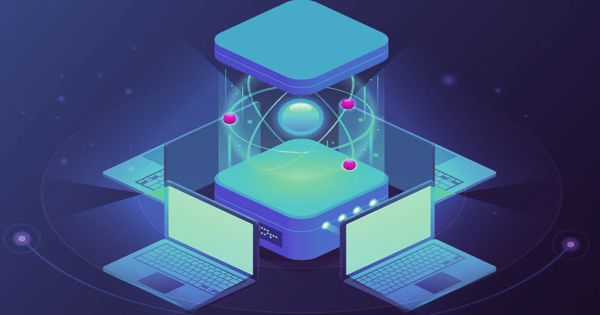 The system, as shown in a paper published in Optica, could help pave the groundwork for when a vast number of quantum computers, quantum sensors and other quantum technologies are able to go online and communicate with each other.

Purdue University engineers have addressed an issue barring the development of quantum networks that are big enough to reliably support more than a handful of users.

The team implemented a programmable switch to change how much data each device receives by picking and redirecting wavelengths of light carrying various data sources, making it easier to expand the number of users without adding photon loss as the network becomes larger. As photons are lost, quantum information is lost-a a phenomenon that continues to arise when more photons have to pass across fiber-optic networks.

“We’re showing a way to do wavelength routing with only one piece of equipment—a wavelength-selective switch—in theory, to create a network of 12 to 20 users, maybe even more,” said Andrew Weiner, Purdue’s Scifres Family Distinguished Professor of Electrical and Computer Engineering. “Previous methods involved a physical interchange of thousands of fixed optical filters calibrated to individual wavelengths, which made the opportunity to modify communications between users not technically feasible and the loss of photons more possible.”

Instead of having to install these filters any time a new user enters the network, engineers might simply program the wavelength-selective switch to direct data-carrying wavelengths to each new user-reducing operating and maintenance costs as well as making the quantum internet more effective.

The wavelength-selective switch can also be designed to adapt the bandwidth to the needs of the consumer, which was not possible with fixed optical filters. Few customers can use programs that require more bandwidth than others, much as viewing shows using a web-based streaming service requires more bandwidth than sending emails.

For quantum internet, creating links between users and changing bandwidth requires spreading entanglements, the capacity of photons to maintain a fixed quantum mechanical interaction with each other, no matter how far away they might be to link users to a network. Entanglement plays a crucial role in the processing of quantum computation and quantum information.

“When people speak of quantum internet, this is the concept of remotely inducing entanglement between two separate stations, such as between quantum computers,” said Navin Lingaraju, a Purdue Ph.D. student in electrical and computer engineering. “Our approach modifies the rate at which entangled photons are exchanged between various users. These entangled photons could be used as a resource to entangle quantum computers or quantum sensors in the two separate stations.”

Purdue researchers conducted the thesis in conjunction with Joseph Lukens, a research scientist at the Oak Ridge National Laboratory. The wavelength-selective transition deployed by the team is built on similar technologies used to change the bandwidth for today’s classic connectivity.

The transition is also capable of using a “flex grid,” as conventional light-wave communications are now using, to partition could use this entangled photons bandwidth to consumers at a range of wavelengths and sites, rather than being limited to a set of fixed wavelengths, each of which will have a fixed bandwidth or information carrying capability at fixed locations.

“For the first time, we’re attempting to take some kind of inspiration from these classical networking concepts using comparable equipment to point out the possible benefits it has for quantum networks,” Weiner said.

The team is focusing on the construction of wider networks using a wavelength-selective switch. The thesis was financed by the U.S. Department of Energy, the National Science Foundation and the Oak Ridge National Laboratory.

Protect Your Online Presence with This Plug-And-Play VPN